The Pebble smart watch, a wrist-wearable device with an e-paper display and the ability to connect to iPhone and Android, raised over $10 million via KickStarter and earned thousand of fans. Initially, the people behind the sunlight-readable watch said it would start shipping in September. Due to demand, the release date will now be after that. 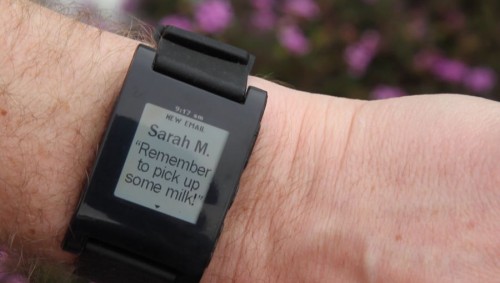 The original ship date was based on making an initial batch of 1000 watches. However, with demand so high, the first run is now 85,000.

This is good news for consumers interested in the product. According to the update, the manufacturer can pump out 15,000 a week, so even if you’re not one of the lucky first 85,000 more Pebbles will arrive soon after.

Sadly, the folks behind Pebble didn’t give an alternate shipping date, so it’s unclear how long after September fans will have to wait.