Smartwatch maker Pebble is launching its first device that’s not a smartwatch. The Pebble Core is a tiny $99 device that has no screen… but which does have GPS, a 3G modem, WiFi, Bluetooth, and a headphone jack.

It’s designed for runners that want to track their distance and routes while listening to music… you can even stream music over 3G from Spotify. The Pebble Core does not require a phone to work (although it does need a SIM card if you want to use mobile data).

The Pebble Core is expected to ship in January, 2017. But you can reserve one for as little as $69 by backing the company’s Kickstarter campaign and choosing the Core as a reward (this the same campaign Pebble is running for its new smartwatches). 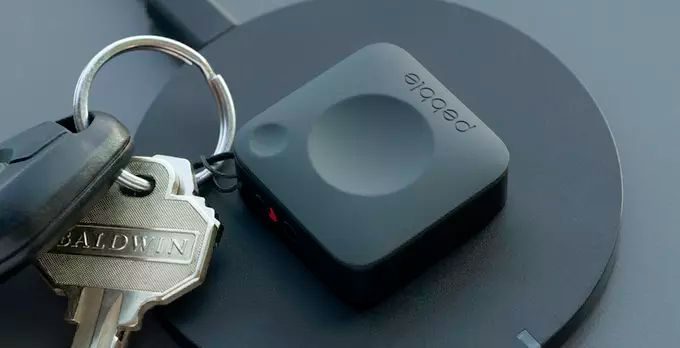 The Core has a 3.5mm audio jack and also works with Bluetooth headphones. There’s 4GB of built-in storage which you can use for music, but Spotify Premium subscribers can also stream music over the internet.

You can also sync playlists over WiFi and download them for listening on the go without using any mobile data. And you can sync a Pebble Core with a Pebble smartwatch to use the watch as a music controller or to view time, pace, or distance information while you run.

GPS data works with third-party apps including Runkeeper, Google Fit, and MapMyRun. And you can send an emergency message with your location via SMS.

There’s a microphone for recording voice notes, and Pebble says the Core has a battery that should last about 5 days, depending on usage (with “up to a week’s worth of workouts,” or “up to 5.5 hours of music and GPS”).

In addition to features for runners, Pebble is positioning the Core as a hackable device. It has two programmable buttons, a hardware expansion port, and a software developer kit that the company suggests could let you create pet trackers, smart lock solutions for your car or garage door, and more.