Over the past few years we’ve seen a bunch of tiny Windows laptops with 7 to 9 inch displays, QWERTY keyboards, touchscreen displays, and a variety of compromises that come with cramming a full-fledged computer into a PC that’s barely bigger than a phone.

The Peakago may be the most affordable to date. But as far as I can tell, you get what you pay for.

First unveiled in September, this 7 inch mini-laptop is set to go up for pre-order through an Indiegogo crowdfunding campaign starting November 13th. It’ll sell for $269 and up.

For that price you shouldn’t exactly expect top-tier specs or performance… and you won’t get them. But the Peakago is an inexpensive computer that could make a good travel companion for jotting notes on the go, watching videos, or some other light work — as long as you temper your expectations. 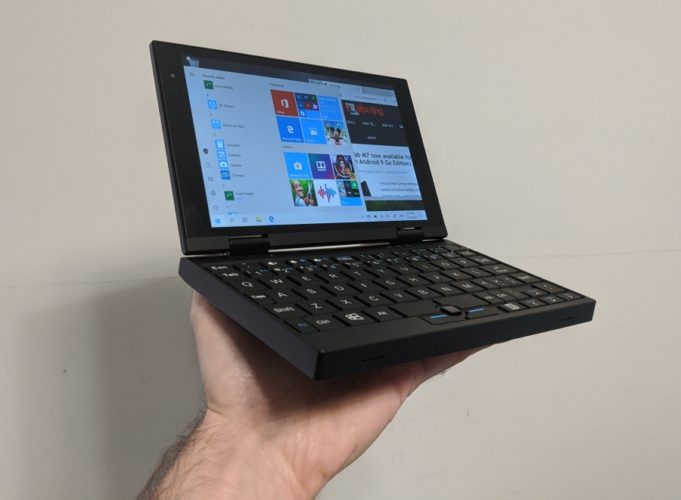 The folks at Peakago sent me a demo unit to test, and I’ve only just started poking around, so I’m not ready to pass final judgment.

But I will say that this is one of the slowest, least responsive computers I’ve used in a while. It’s definitely more of a one-thing-at-a-time computer than a multitasking beast.

It also has a pretty lousy mono speaker (it’s not very loud and doesn’t offer much bass at all). And I’m also not in love with the keyboard layout — particularly the small backspace key placed above a larger Del key, instead of vice versa. 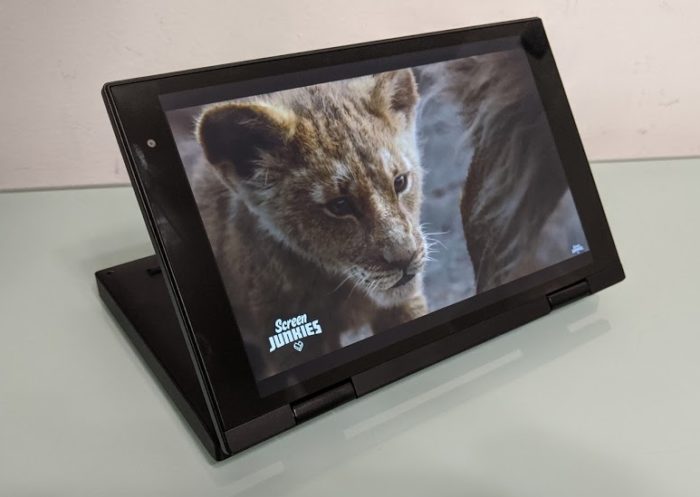 That said, have I mentioned how cheap this thing is? Here’s how much the various configurations will cost, at least during crowdfunding:

The Peakago features a 360-degree hinge which lets you flip the screen all the way around and use the little computer as a tablet. And unlike most other 7 inch mini-laptops it has a webcam — not a very good one, but at least it has one.

But the little computer doesn’t have a backlit keyboard or fingerprint sensor. It doesn’t have any support for digital pen input. It has a plastic case rather than metal. And it ships with Windows 10 in S Mode (although you can switch to Windows 10 Home for free). 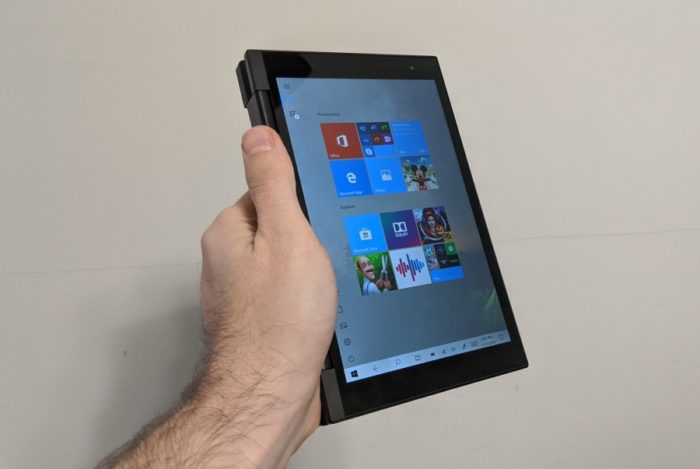 This is very much not a premium device. But at a time when other mini-laptops are selling for as much as $1,000, it’s nice to see some cheaper alternatives. I just wish the Peakago had a slightly faster processor.

When I first wrote about the Peakago in September, someone from the company reached out to let me know that they were going to update the specs. I was hoping that meant a move from an Atom x5-Z8350 processor to something newer, like an Intel Celeron N4100 chip.

Update 11/15/2019: Peakago is now offering an option for a WiFi-only Peakago Pro with a Pentium N4200 processor, 8GB of RAM and 128GB of storage for $339 if you order by November 22nd or $399 after that date. That should bring a significant performance boost… but the 4G LTE model and entry-level model are still Intel Atom-only.

No luck. Instead, it looks like Peakago decided to offer a cheaper configuration: originally the plan was to only offer the 8GB/128GB model. Now there will also be the lower-priced 4GB/64GB version.

Oh, and one other thing I noticed after I started using the Peakago demo unit — it looks really familiar. That’s not just because most of the 7 inch mini-laptops released to date have copied the design of the GPD Pocket. It’s because Notebook Italia spotted what seems to be this exact mini PC at the HKTDC fair a few weeks ago — where a manufacturer called Pretech was showing it off as the Pretech F700Mi Mini.

Update: It seems that the Peakago isn’t a rebranded Pretech F700Mi Mini. Rather, they’re both based on designs from the same tooling company, and we can likely expect to be a number of lookalike products in the coming months — although they may have slightly different specs.

The good news is that this means crowdfunding is basically just a formality/publicity campaign. The designs are already complete and the Peakago is pretty much ready to ship. The bad news is that it’s not a particularly distinctive (or powerful) product.

I’ll have more to say about the Peakago in the coming days after I’ve had more time to test it.

For now, here are a few more photos: