Several years before the makers of the OLO promised to deliver a $99 3D printer, there was the Peachy Printer.

The founders of the project took to Kickstarter in 2013, hoping to raise $50,000 to produce a 3D printer and scanner. That product never shipped… and now we know why. Maybe.

Peachy Printer CEO Rylan Grayston posted an update to Kickstarter, the Peachy Printer website, and YouTube explaining that co-owner David Boe stole about half of the money raised and used the money to help build a house. 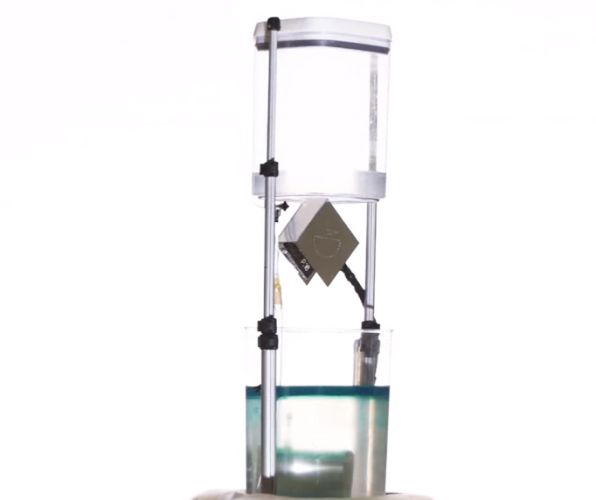 Grayston says he’s held off on speaking publicly about the issue because legal action was being pursued, and because he had expected to be repaid for the stolen funds.

The whole story is a whole lot more complicated, and Grayston acknowledges that the situation could look pretty scammy… so he’s asking people to contact the police and he’s provided a 2GB torrent filled with documents that he says shows evidence of the scam.

In the video, Boe even acknowledges his theft of funds from the project… which both lends credence to the claims, and also seems kind of fishy.

Update: The BBC got in touch with Boe, who says the video was filmed in 2014 “under duress” and who will not discuss the allegations now.

Anyway, the long and short of it is that Grayston says the money that was spent on the project went toward development and manufacturing of the printer. But at this point he says “due to our difficult financial position, I had to lay off the entire team,” and that even if all the missing funds are recovered, it’s not clear how long it would take to start manufacturing and shipping units.

I wouldn’t hold my breath waiting for that to happen. And there’s no mention in any of the documents I’ve seen of any plans to refund backers of the campaign.

Here’s a video from 2013 that showed how Peach Printer was supposed to work: