Intel’s new “Ice Lake” processors are the first 10nm chips the company is producing in mass volumes, and the first to feature Intel Gen11 graphics, which the company says offers up to twice the performance of Gen10.

During the company’s Computex press event, Intel VP Gregory Bryant announced that Ice Lake chips are now shipping, and you should be able to buy computers powered by the new chips by the 2019 holiday season. 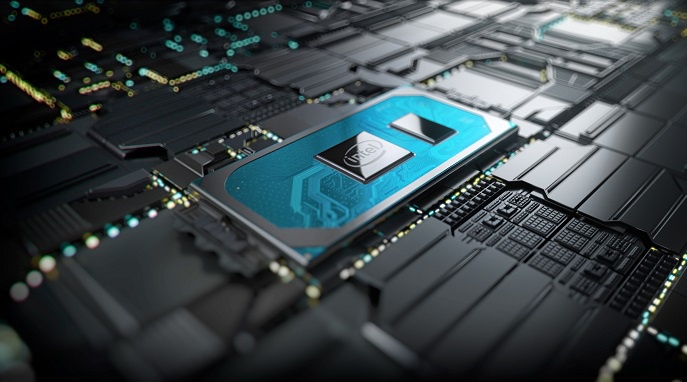 Intel says its Ice Lake chips are based on the new “Sunny Cove” architecture and feature Intel Deep Learning Boost (DL Boost) technology for up to a 2.5 percent performance enhancement when it comes to artificial intelligence.

The chips also feature built-in support for Thunderbolt 3 and WiFi 6 — but that doesn’t necessarily mean that every device that ships with an Ice Lake processor will support those technologies.

They still rely on additional hardware such as a radio module for WiFi 6, a Thunderbolt 3 controller, and some other components, so it’ll be up to PC makers to decide whether to ship with everything you need to take full advantage of those features. 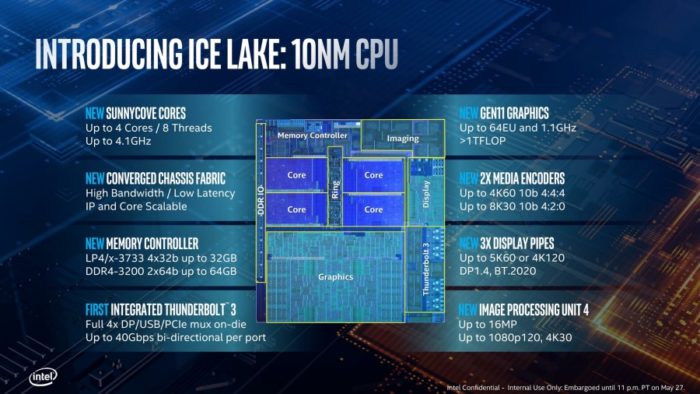 Interestingly, the company isn’t saying much about the move from 14nm to 10nm. Typically a move to a new manufacturing process brings performance and efficiency improvements — although that wasn’t really the case with Intel’s first 10nm chips, the Cannon Lake processors that shipped in small quantities last year. They weren’t exactly high-performance parts, but hopefully Intel has worked out the kinks for Ice Lake.

But the company is promising at least a small boost in single-core performance when compared with an 8th-gen Whiskey Lake processor, as well as a small improvement in instructions per cycle (IPC).

One area where things have certainly gotten a lot better is gaming — at least for devices with the more powerful Intel Iris Plus graphics. Intel will also offer a Gen11 version of Intel UHD graphics, but I don’t believe the company has shared any benchmarks for that version of its new integrated graphics tech yet. 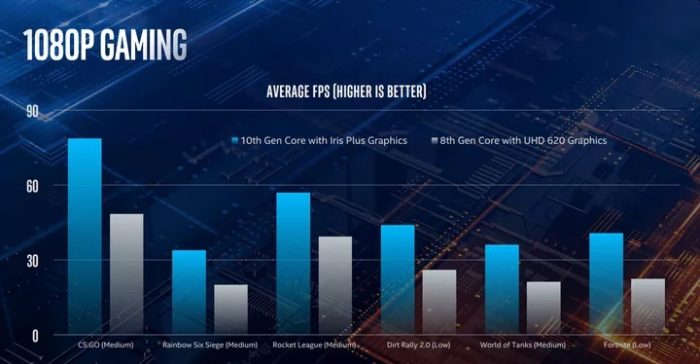 Another interesting thing to note about Intel’s first 10nm chip is that it still uses a 14nm PCH (Platform Controller Hub) is still a 14nm component.

For now, the company isn’t providing detailed specs for specific Ice Lake processors, but here’s what we do know so far. 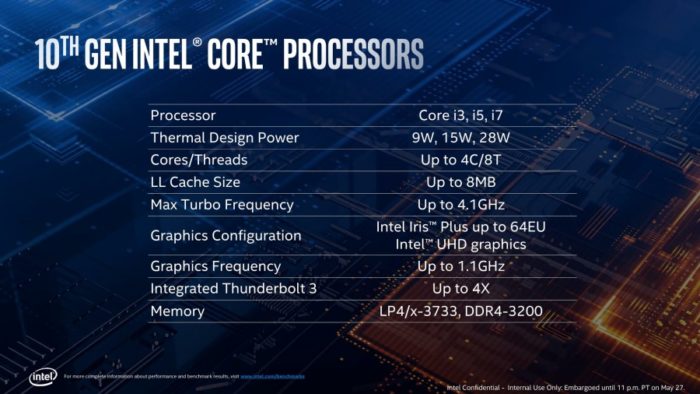 Intel says it will offer Ice Lake chips with up to 4 cores and 8 threads, up to 4.1 GHz max turbo frequency, and up to 1.1 GHz max graphics frequency.

Ice Lake processors will U-series processors with 15 or 28 watt TDPs, as well as lower-power 9 watt Y-series chips — although it’s worth noting that the 15 watt parts can be configured to run at 12 to 25 watts, and the 9 watt chips can go as high as 12 watts. 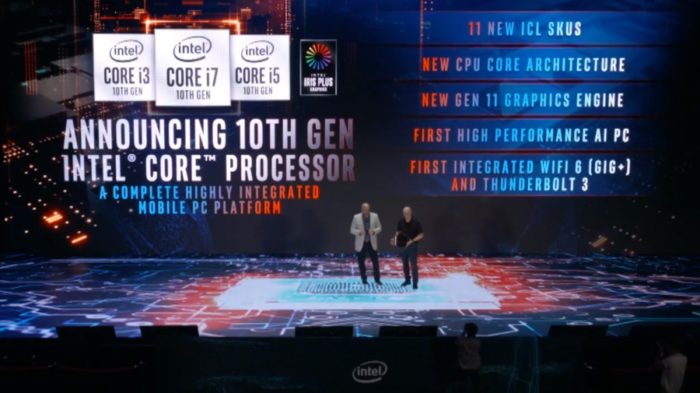 Also noteworthy — it sounds like Intel may be doing away with the Intel Core m3 branding altogether. Bryant says Intel is introducing 11 new Ice Lake chips, “from Core i3 all the way up to Core i7.”

And while Intel isn’t getting specific about chips yet, PC maker Dell did provide a few model numbers and details when introducing the upcoming XPS 13 2-in-1 with Ice Lake:

Here are a few other details Intel is sharing about the upcoming chips.

Intel is basically claiming that its integrated graphics is on par the AMD Radeon Vega 10 GPU that’s baked into high-end Ryzen Mobile processors.

There are some differences between the U-series and Y-series chips, aside from the TDP. The 15 watt chips will support DDR4-3200 RAM or LPDDR4/x 3733 memory, for example, while Y-Series processors only seem to support the latter.

Intel also indicates that only U-series chips may feature “Iris Plus” graphics, suggesting that you’ll get a better graphics experience from the higher-power chips (which should have been obvious, but still, it’s nice to know.

Intel says its Ice Lake processors also include a number of hardware mitigations to help protect users against the side-channel speculative execution vulnerabilities that have been disclosed over the past year or so (with a major set of vulnerabilities revealed just a few weeks ago).

Some PC makers are already starting to show off Ice Lake-powered systems at Computex this week. But we can probably expect to see many more later this year as general availability of the new chips approaches.