The makers of the recently-launched pcDuino3 single board computer are already working on a next-generation model with a more powerful processor.

LinkSprite and Allwinner have announced that the upcoming pcDuino8 will features an Allwinner A80 octa-core processor. 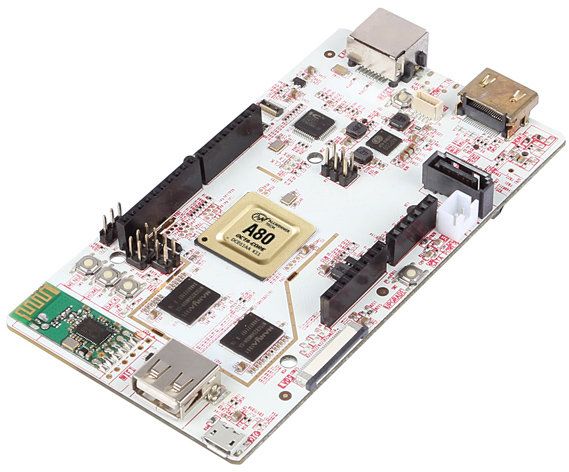 The pcDuino platform combines the features of a Raspberry Pi-like single board computer or developer board with support for Arduino shields for adding customizable hardware.

The latest model is the pcDuino3, which is available from LinkSprite for $77. It features an Allwinner A20 ARM Cortex-A7 dual-core CPU, 1GB of RAM, 4GB of storage, support for Android and Ubuntu, and a number of ports including Ethernet, HDMI, microSD card, and USB.

While details about the new pcDuino8 are scarce, the board looks virtually identical to the current model. But instead of an A20 chip, it has an Allwinner A80.

We’d heard that the makers of pcDuino and Cubieboard were working on next-gen devices featuring Allwinner’s A80 chip in April. But now LinkSprite is providing a first look at the new board. There’s no word on the price or release date yet.