Ever since 2010, Google been working with hardware partners to release new Nexus smartphones every year. They’re designed to run the latest version of Android that’s available at the time of launch, and often used as showcases for Android’s latest features.

Nexus phones might not be the most popular smartphones on the market, but they’re popular with enthusiasts that want to run stock Android software, receive updates directly from Google, and own devices that are generally pretty hackable.

But this year Google is expected to change things. Rumor has it that the company is retiring the Nexus name and launching new phones called the Pixel and the Pixel XL. And if a report from Android Police is correct, the new phones may be some of Google’s most expensive to date. 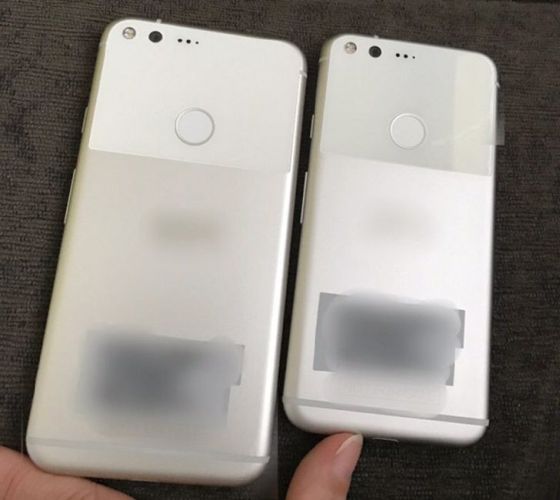 Update: The picture above is allegedly a shot of the back of the Pixel and Pixel XL smartphones, obtained by Android Police, where you can also find a picture of the front of the phones.

And those are reportedly the prices for entry-level models. You can be sure there will be opportunities to spend more money for phones with more storage space. Since it’s been years since Google has released a Nexus phone with a microSD card slot, and since Android N will likely take up more storage space than earlier versions of Android, you may also want to seriously considering buying one of those higher-priced models.

I left out one of the reasons some Nexus phones have been popular in the list above: price. Some phones, like the Google Nexus 4, Nexus 5, and Nexus 5X have been popular not only for their features, but also because they tended to be cheaper than some competing phones with comparable hardware.

But Nexus phones aren’t always cheap. When the Nexus One launched in 2010, it sold for $529. Sure, there were more expensive phones on the market, but that wasn’t exactly a cheap price.

I think some people forget that Nexus phones ain’t always cheap… and with the new Pixel phones expected to be among the first smartphones to ship with Qualcomm’s new Snapdragon 821 processor, there’s no real reason to expect that the new models would have been cheaper than the latest Samsung, LG, or HTC handsets… especially since they’re also expected to have 4GB of RAM, high-quality cameras and fingerprint scanners, and other premium features.

Still, it would have been nice.

Keep in mind, Android Police says its pricing information is based on details from a single source. While they claim that source is trustworthy, and has been accurate in the past, there’s a chance that the information may be wrong this time.

Still… as someone who’d been all-but certain he’d be interested in buying a Pixel phone later this year, now I’m starting to eye some of the more affordable options, like the Huawei Honor 8, ZTE Axon 7, and OnePlus 3.

What about you? Would you be willing to pay $649 or more for a Google Pixel phone if it checks all the boxes on your wish-list for a smartphone in 2016?