The first Android phones had physical buttons below the screen for home, back, menu, and search functions. More recent phones and tablets are button-free, but feature on-screen buttons which move when you rotate your device.

But the developers of Paranoid Android have come up with a novel new way for those on-screen buttons to work. It’s called PIE, and it’s backed into the latest builds of the popular Android-based operating system. 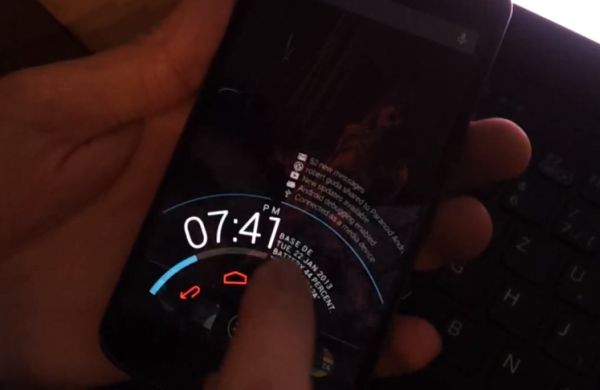 Here’s the idea: You don’t see any buttons at all when you look at you Android device. This leaves more space for apps, videos, and other content.

When you need to use the on-screen buttons, just swipe your thumb over the screen using a gesture and up come the buttons in a semi-circle arranged so that you can reach them with your thumb. At the outer edges of the circle you’ll find additional information including notifications, a clock, and toggles.

You get the usual home, back, and recent apps buttons — but you can also use the recent key as a “kill-all” button when you’re already viewing recent apps. This lets you close all running apps.

Paranoid Android’s PIE is resolution-independent and works on any side of the device. So whether you’re holding a high-resolution tablet in landscape mode, or a small smartphone in portrait, you can bring up the menu just by swiping.

Like CyanogenMod, AOKP, and other custom versions of Android, Paranoid Android is designed to replace the software that came with your phone or tablet. It’s not a simple app that you can install. Instead you need to unlock your bootloader and replace the standard firmware with Paranoid Android.

Once you do that, not only will you be able to use the nifty new PIE feature, but you can also take advantage of Paranoid Android’s other key feature: the ability to configure the DPI settings for each app individually so you can, for instance, use the GMail app’s tablet view on your phone, but use the phone UI for Google Reader.

Update: Droid Life notes that there’s a third party app that offers many of the same features without requiring you to install a custom ROM. It’s called LMT Launcher, and it should work on most rooted Android devices.