The developers of Paranoid Android have released a first beta of PA 4.1. It’s a custom version of Google’s Android 4.4 KitKat operating system with a few major tweaks, including a customizable Quick Settings panel and the return of one of Paranoid Android’s most popular features: Pie Controls.

When you enable Pie controls, the status bar and on-screen buttons disappear, giving you more screen real estate. You can then bring up notifications and buttons by swiping from the bottom of the screen. 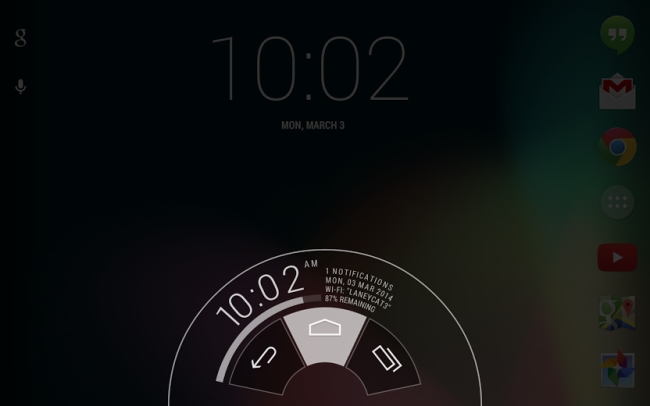 Pie controls were one of the things that helped set earlier versions of Paranoid Android apart from Google’s stock Android software. But rather than simply porting the feature from Android 4.3 to Android 4.4, the developers waned to rethink the controls with new animations and typography,

You can enable Pie Controls by choosing “Immersive mode” from the Quick Settings panel. You can also keep the stock on-screen home, back, and recent apps buttons while hiding the status bar at the top of the screen, if you’d prefer.

Some of the other hallmark features of earlier build of Paranoid Android, such as the Halo multi-tasking and notification system are still being redesigned for KitKat. Since the team is re-designing its software based on Google’s Android 4.4 KitKat open source code, each major feature is being either re-built with KitKat in mind, or thrown in the trash bin to make room for other new features.

You can read more about what’s included in Paranoid Android 4.1 Beta in the change log.