When Apple launched the first Macs with ARM processors, the company managed to deliver big gains in performance and efficiency, whether you’re running apps designed to run natively on ARM or apps that were originally made for Macs with Intel chips.

But there were some things you couldn’t do. You couldn’t install Windows on a Mac via Boot Camp anymore. And Apple’s Rosetta x86-to-ARM translation tool wouldn’t let you run Windows 10 in a virtual machine either… at least not Windows 10 for x86 chips.

Now there is a way to run Windows on a Mac with an ARM processor. The latest version of Parallels Desktop, a virtualization tool for running Windows on macOS, brings support for Macs with Apple M1 chips. But there is a catch. 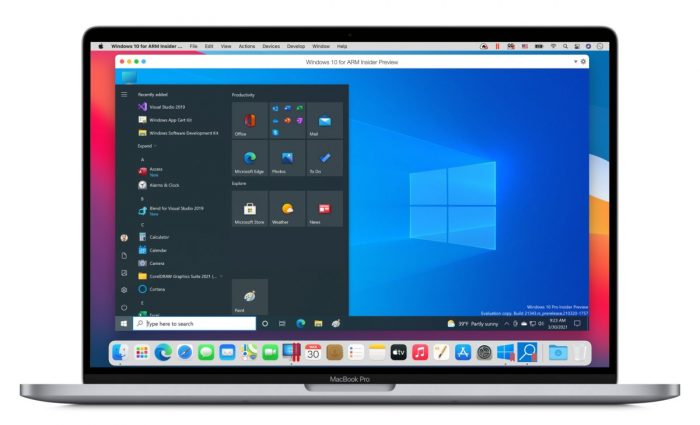 If you’re running Parallels on a Mac with an Intel processor, then it’s easy to buy a Windows 10 license and install Windows on your Mac.

If you’re running Parallels on a Mac with an ARM-based Apple M1 processor though, you’ll need to install Windows 10 for ARM. And Microsoft doesn’t sell that directly to consumers. What you can do though, is sign up for the Windows Insider Preview program and download what’s essentially a version of Windows 10 for ARM that’s perpetually going to be in pre-release beta stage. That means you get a sneak peek at upcoming features before they’re available for the general public, but it also means that you may run into bugs or start getting used to features that may eventually be removed. 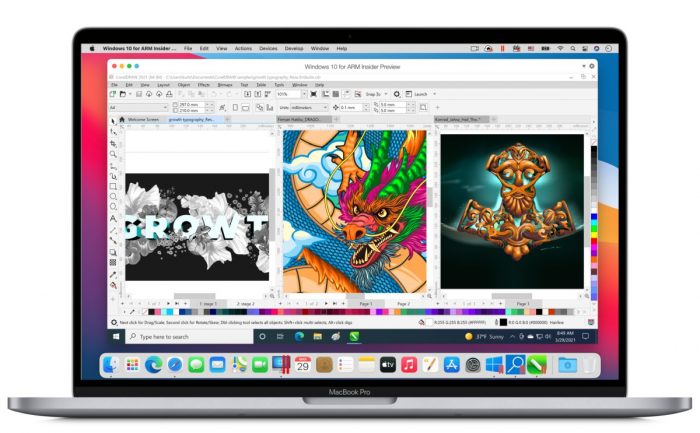 Parallels has been offering virtualization software that lets you install and run Windows on Mac computers for years, making it possible to run Mac and Windows apps simultaneously without rebooting. But version 16.5 is the first to officially support Macs with M1 chips.

The company notes that once Windows 10 on ARM Insider Preview is installed, you should be able to run most Windows apps on a Mac with an ARM processor. But as with Windows PCs with ARM chips, some 64-bit applications may not run as well as you’re used to.

You know what I said about Macs with M1 chips offering better performance than previous-gen models with Intel chips? According to Parallels, you’ll see up to 30-percent better Windows virtual machine performance when using Parallels 16.5 on an M1 Mac compared with an Intel Mac. DirectX 11 graphics performance is as much as 60-percent better. 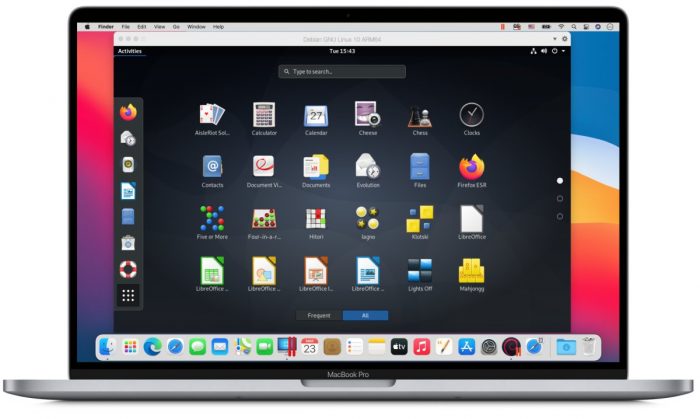 In addition to letting you run Windows 10 on a Mac, you can use Parallels to run other operating systems including Ubuntu, Fedora, Debian, and Kali, all of which have versions compiled for ARM.

Pricing for Parallels Desktop 16.x ranges from an $80 one-time payment for a Standard Edition license to $100 per year for Pro or Business Editions.