There are a growing number of tiny desktop computers measuring about 2.4″ x 2.4″ x 1.6″. Most seem to be based on the same reference design as the Chuwi LarkBox, which was the first to launch, although there are some differences in processor and storage options.

But the Pantera Pico PC from XDO is the first I’ve seen that breaks the mold in a few ways.

It’s still a mini PC that measures just 2.4 inches across. But it has twice as many USB Type-A ports as the competition, thanks to ports on both the front and back of the computer. The Pantera Pico PC goes up for pre-order December 8th through an Indiegogo crowdfunding campaign, and there’s also a stretch goal for an “Entertainment Dock” which could expand the little computer’s functionality. 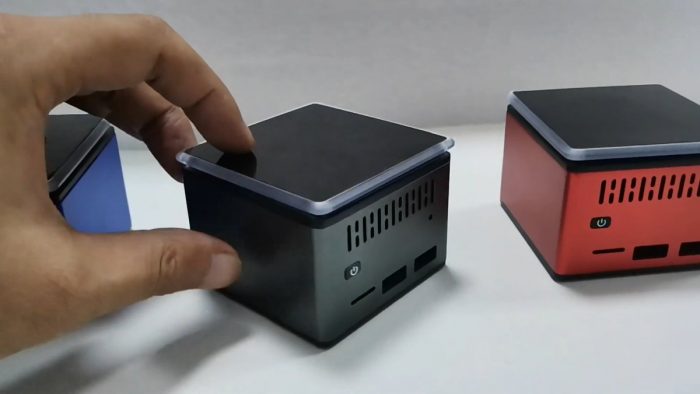 Under the hood, the little computer is powered by an Intel Celeron J4125 quad-core processor and it supports up to 8GB of LPDDR4 memory, up to 512GB of eMMC storage, and features an M.2 2242 slot for an optional SSD.

There’s no information about what the XDO Xentaur Entertainment Dock would do, but a promotional video shows the mini PC sliding into the dock, suggesting that it might connect to one or more of the ports on the back of the little computer and act as a USB hub/docking station with additional ports.

The company has also released a few additional videos showing off different color options for the computer’s aluminum case.

XDO is promising to offer a discount of up to 40-percent off the retail price to a limited number of Super Early Bird backers of the upcoming crowdfunding campaign. NotebookCheck reports that backers at that level will be able to reserve the little computer for $129, suggesting a full retail price closer to $215.

4 replies on “Pantera Pico PC is a 2.4 inch PC with more ports than most (crowdfunding)”