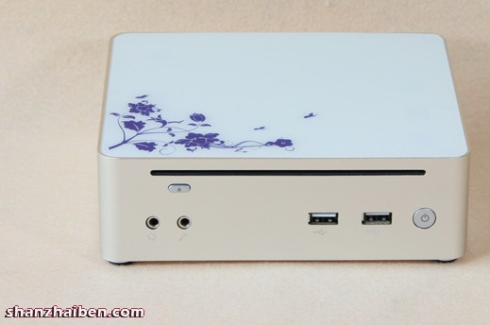 Sure, Apple updated the Mac Mini this week, giving the tiny desktop computer a faster CPU and a unibody aluminum case. But that doesn’t mean Chinese knockoff makers can’t keep pumping out machines that look like the old Mac Mini, right?

Of course, small form factor desktops were around before Apple introduced the Mini. But the fact that a company has built a machine called the Pandora mini Mac sort of tells you what they were thinking when they designed this little desktop.

The Pandora mini Mac may look somewhat familiar, but don’t expect to find a Core 2 Duo CPU or OS X inside the tiny case. Instead what you get is a 1.6GHz Intel Atom 330 dual core CPU, NVIDIA ION graphics (first generation), 1GB of RAM, 160GB hard drive, a DVD-RW drive, HDMI, and VGA output.

I don’t expect to see this model outside of China anytime soon.