Panasonic is adding two new tablets to its line of rugged devices aimed at folks who work outdoors. The Panasonic Toughpad FZ-E1 and Toughpad FZ-X1 are handheld tablets with 5 inch screens and the ability to withstand 10 foot drops, dust, water, and extreme temperatures.

These small tablets aren’t aimed at the general public though. Prices will start at $1799 when the little guys go on sale in August. 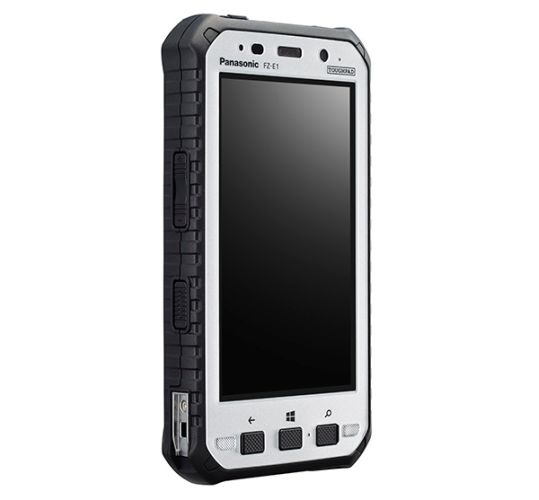 The tablets have 8MP rear cameras and 1.3MP front-facing cameras, offer up to 14 hours of battery life thanks to a 6200mAh battery. They batteries are also hot swappable, allowing you to change batteries while the device continues to run.

The tablets may have phone-like screen sizes, but these rugged systems measure 1.2 inches thick and weigh 15 ounces, making them a lot heavier than a typical smartphone. But the sturdy devices can be dunked in up to 5 feet of water for as long as 30 minutes or usd in temperatures ranging from -4° F to 140°F

A WiFi-only Touchpad FZ-X1 will run $1799 when it hits the streets in August, while a model with mobile broadband will be available for $1849 should be available in January, 2015.