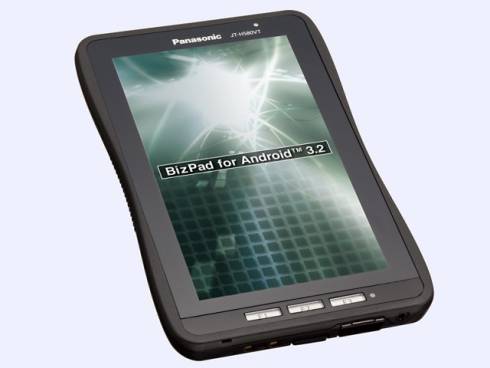 Panasonic has a couple of Android tablets under its belt… but none that have launched outside of Japan. And it doesn’t look like that’s about to change anytime soon. The company has introduced a new line of tablet aimed at business customers… and it’s only launching in Japan.

Both feature semi-rugged case designs which can withstand falls from short heights as well as dust and water.

The 7 inch model goes on sale in Japan in December, with the 10 inch version following in January.

One reply on “Panasonic to launch BizPad Android tablet… for business”