The best camera is arguably the one you carry with you, since you won’t use the $3000 DSLR and interchangeable lens system you leave in your house to shoot spontaneous photos while you’re out and about. Most smartphones have built-in cameras, which is why so many of the photos you see posted to Facebook and Instagram these days are snapped with a phone.

The Panasonic Lumix CM1 has all of those things. It’s an Android smartphone with a premium camera. In fact, Panasonic is positioning the Lumix CM1 as a camera that happens to be a phone, rather than the other way around. 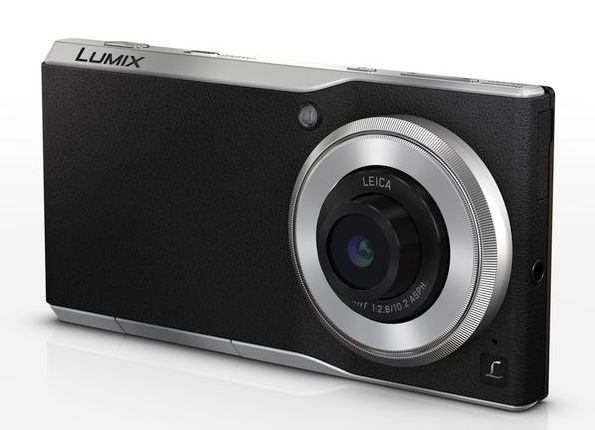 Features include a 20 mexapixel 1 inch sensor — Panasonic says the Lumix CM1 is the first smartphone with a 1 inch image sensor. There’s also an f/2.8 Leica DC lens, a mechanical shutter, and a control ring that lets you adjust settings without touching the phone’s touchscreen.

As for phone features, the Lumix CM1 seems to have the specs of a recent high-end phone including a 4.7 inch, 1920 x 1080 pixel display, a 2.3 GHz Qualcomm Snapdragon 800 quad-core processor, 2GB of RAM, 16GB of storage, and a microSDXC card reader.

Despite the high quality camera, the phone’s still reasonably thin, at about 0.6 inches.

Don’t expect the Panasonic Lumix CM1 to be cheap. It has the same image sensor as the Sony RX100 camera which sells for about $500. And that camera doesn’t include phone functionality.

Panasonic isn’t the only company working to make smartphone cameras better. The Samsung Galaxy K Zoom is a smartphone with a 21MP camera and a zoom lens, while Sony offers a line of high-quality lenses that you can connect to most recent Android phones using WiFi.

via Gizmodo, The Verge, and Expert Reviews

6 replies on “Panasonic Lumix CM1 camera is also a smartphone”