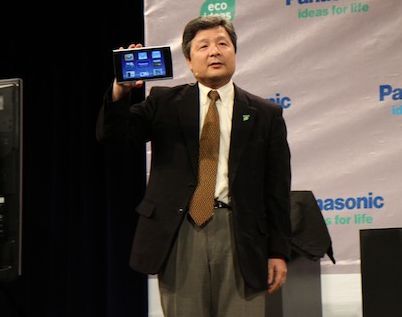 Just in case you haven’t gotten the memo yet, the unofficial theme of CES this year is TABLETS. The latest company you wouldn’t necessarily have expected to launch a consumer tablet which is doing so anyway is Panasonic. The company is introducing a new line of tablet style devices under its VIERA brand name, most often associated with Panasonic televisions.

The company envisions the tablets as devices you can use to read eBooks and stream video. They’ll be designed to work with a Panasonic VIERA TV, letting you treat the tablet as a secondary display for pictures and data related to the programs you’re watching. In fact, Panasonic describes the device as a “tablet-type terminal,” which seems to indicate that it may just be a touchscreen controller and display for software that’s running primarily on your TV.

Panasonic says VIERA tablets will come in 4 to 10 inch sizes, will have shock resistant design, and long battery life.