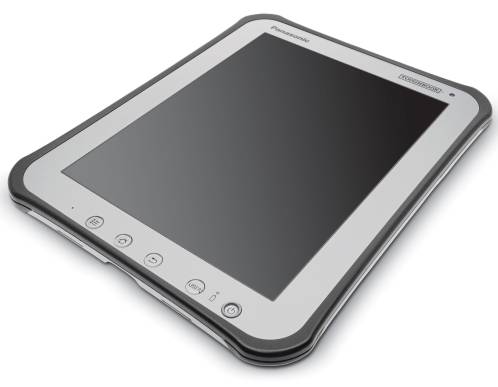 I’ve gotten so used to writing “virtually every major PC maker” has released or is working on an Android tablet that every now and again I forget that there are a few consumer electronics companies that hadn’t yet introduced one. Well, today we can scratch one more company off that tiny list. Panasonic has announced plans to launch an Android tablet.

Panasonic is taking a very different approach toward the tablet space than most device makers though. The company’s upcoming Android tablet will be a rugged device made designed for the enterprise market and sold under the Toughbook brand.

The Panasonic Toughbook tablet will have a non-glossy, daylight viewable 10.1 inch multitouch screen and hardware level security. It will have a rugged case to protect it from minor fulls and other damage. The tablet will have an all-day battery, GPS, 3G, 4G, and WiFi capabilities.

There’s no word on the price, release date, processor, or even which version of Android the Toughbook tablet will run, but CrunchGear spotted a promotional photo showing what appears to be Android 2.x.