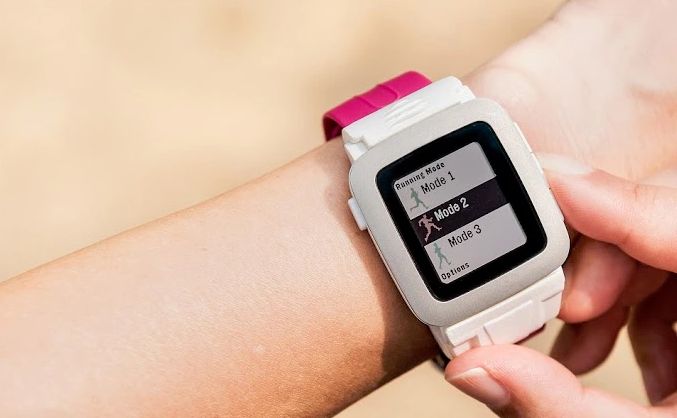 The Pal Strap is a $79 accessory that gives a Pebble a GPS receiver and a 250 mAh battery, since a strap with nothing but a GPS receiver would probably run down your watch’s battery a lot more quickly.

You don’t need a GPS unit to use a Pebble watch as a fitness tracker. They can already use step counting apps thanks to a pedometer feature. But adding GPS lets you track speed, elevation, and routes.

In other words, the Pal Strap doesn’t just turn a Pebble into an activity tracker. It transforms the watch into something suitable for runners, cyclists, or other folks interested in not only seeing how far they’ve gone, but mapping their routes, monitoring their pace, and more.

The Pal Strap is designed for the Pebble Time and Pebble Time Steel. The team is looking into making a model that would work with the Pebble Time Round, but the current crowdfunding campaign does not support that model.

The developers hope to begin shipping the smartstrap to backers of the Kickstarter campaign in October.