Earlier this year Pebble announced that its Pebble Time smartwatches would be able to learn new tricks when you attach a special kind of strap that adds functionality. Smartstraps are wristbands with extra hardware such as batteries or wireless chips that can interact with the smartwatch.

Pebble doesn’t currently have any plans to produce its own Smartstraps, but the company has opened up the platform to third-party developers… and now it looks like one of the first Smarstraps could be coming in 2016.

The Pagaré Smartstrap could bring support for contactless payments to Pebble’s watches. 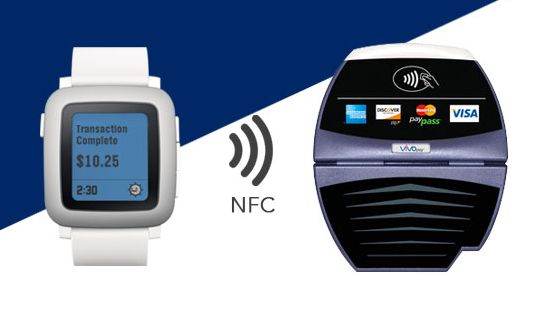 Fit Pay and ConnecteDevice designed a Smartstrap with an NFC wireless chip and the team showed off a demo of the system in action in October.

Now the developers have announced a plan to run a Kickstarter campaign in January in hopes of raising money to produce the Pagaré in early 2016.

FitPay says their technology should enable contactless payments at millions of retail locations without requiring you to pull your phone out of your pocket.