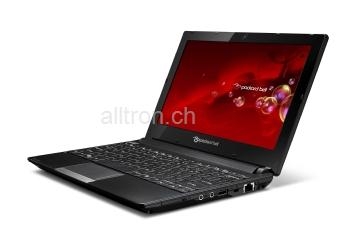 Acer owns the Gateway, Packard Bell, and eMachines brands. So it should come as no surprise that shortly after introducing new Acer netbook models, we tend to see similar machines arrive under one or more of these brand names. Latest case in point? The new Packard Bell Dot SE, which appears to be awfully similar to the recently launched Acer Aspire One D255.

The netbook also has 1GB of DDR2 memory, a 250GB hard drive, and Windows 7 Starter Edition. The 6 cell battery is said to be good for up to 7.5 hours of run time, and the netbook weighs about 2.8 pounds.

The Packard Bell Dot SE is available in Europe for about 400 Euros, or roughly $505 US. I don’t expect to see this model in the US anytime soon.