Are netbooks making a comeback? A few years ago it was hard to visit a coffee shop without spotting someone using an inexpensive 10 inch portable notebook, and virtually every major PC maker had a netbook to offer. But as tablets grew more popular, ultrabooks brought thin and light design to higher-powered notebooks, and Intel’s low-cost Atom chips continued to offer 2008-era performance, netbooks started to fade away.

But this year Asus introduced a 10 inch notebook with an Intel Celeron processor called the Asus 1015E. Some new 10 inch tablets with keyboard docks like the Asus Transformer Book T100 sort of resemble netbooks in portability and price, but offer better performance than old-school netbooks.

And now it looks like Acer is getting ready to launch a 10 inch touchscreen netbook with an Intel Celeron/Bay Trail processor under its Packard Bell brand.

Update: The Gateway LT41p 10 inch touchscreen notebook is now officially available in the US. 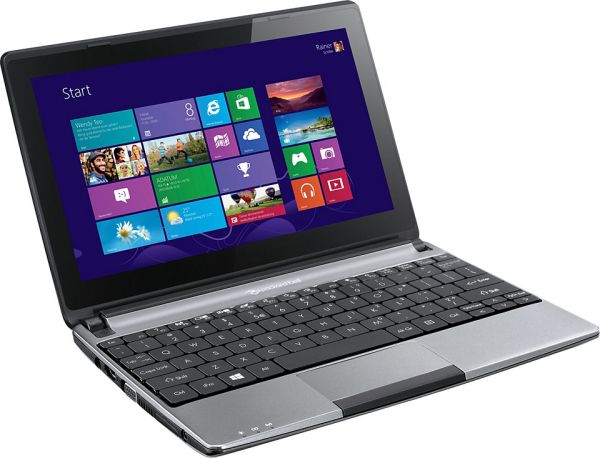 That’s a Celeron chip based on Intel’s new Silvermont/Bay Trail architecture — the same technology used in the company’s latest Atom chips for tablets. This particular chip is a 1.46 GHz dual-core processor with Intel HD 4000 graphics.

Packard Bell isn’t a big name in the US anymore, but Acer continues to use the name for products it sells overseas. There’s a chance we could eventually see a similar mini-laptop sold under the Acer or Gateway brand in the US eventually.

Update: Yep, as cybernevets points out, a Gateway-branded version called the Gateway LT41P04u is already up for order in the US for $330