OverDrive is the company that provides the platform most public libraries in the United States use to lend eBooks to patrons. Now the company is expanding into periodicals thanks to a partnership with Barnes & Noble’s NOOK Media subsidiary.

The deal means that you may soon be able to check out issues of newspapers or magazines from your library using a mobile device. 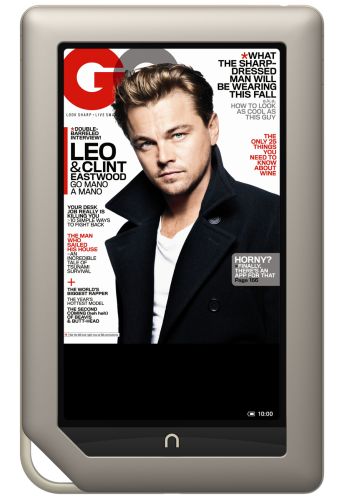 The service will be available in the US and UK, but it’ll be up to individual library systems to decide whether or not to implement the system.

OverDrive says users will be able to access hundreds of magazines and newspapers from the NOOK Newstand when the service rolls out in the next few months.

You’ll also need to use a NOOK app and a NOOK account to read the content on a phone, tablet, or PC. The app is free, but it doesn’t sound like there are any plans to let you read newspapers or magazines on a Kindle, Kobo, or NOOK eReader. You’ll need a device with a color screen and access to a NOOK app.

There is another option though. Many libraries also partners with Zinio to make digital periodicals available to library patrons. If you don’t want to use the NOOK app you can use the Zinio app to access magazines if your library supports the service. Zinio doesn’t offer newspapers though.

One reply on “OverDrive and NOOK bring digital newspaper, magazine lending to libraries”