The developers of the Ouya $99 video game console are almost ready to start shipping the first units to developers. The developer consoles will leave the factory on December 28th, and could start arriving in developers’ hands a few days later.

Initially the only folks that are getting these gaming systems will be people who pledged $699 or more for a dev kit during the Ouya’s Kickstarter campaign. Final production units aren’t scheduled to ship until March or later. 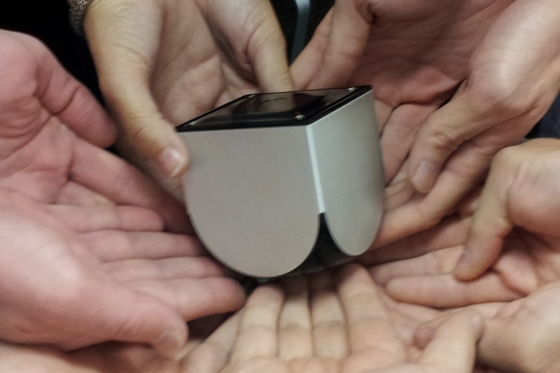 The Ouya is a tiny video game console featuring an NVIDIA Tegra 3 quad-core processor, Google Android software with a custom user interface (and a custom game store), and a wireless game controller.

If you didn’t have $699 to spend, but backed the project at a lower level, Ouya systems should start shipping in March, 2013. Customers that pre-order from the Ouya website now that the Kickstarter campaign is over can expect devices to arrive in April

That’s assuming everything stays on schedule, but so far the company has been keeping its promises. The initial developer consoles always had an estimated ship date of December.

While the idea of a cheap, hackable video game console that can also be used as an inexpensive media center is pretty cool, the hardware might look a bit dated by the time the product is widely available.

Still, if enough Ouya devices hit the streets, it could pose a popular platform for developers, and as Nintendo has shown time and again, you don’t necessarily need the fastest hardware to compete in the video game world. You just need to attract developers who know how to make games that are fun to play.