Ouya is adding a new model to its line of Android-powered game consoles. For $129 you can now pick up a matte black model with 16GB of storage. That’s twice the storage you get with the standard $99 model.

Unfortunately the matte black finish and extra storage are about all that’s new. There’s no word on when we’ll see models featuring new processors or other updates. 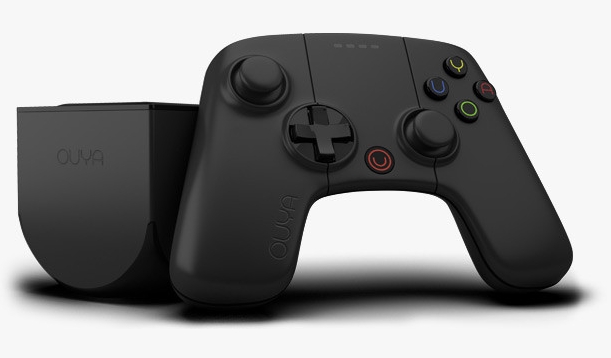 When Ouya introduced its miniature game console the NVIDIA Tegra 3 processor was one of the fastest ARM-based chips on the market. A lot’s changed since then, and you can find plenty of phones and tablets with faster chips including the Tegra 4, Qualcomm Snapdragon 600 (or later), or Samsung Exynos 5.

With new generations of ARM chips coming out every 6-12 months, and with phones and tablets representing a much bigger market for Android game developers than Ouya consoles, it’s not clear whether a microconsole like the Ouya will be able to last for years and years between chip upgrades the way classic consoles like PlayStation and Xbox systems can.

On the other hand, the Tegra 3-powered Ouya isn’t exactly obsolete… and at $99 to $129, it’s still one of the cheapest game consoles around. So I guess it’s nice to see the company offering a new option for folks who felt the 8GB of built-in storage was a bit too cramped.

The new Ouya features 1GB of RAM, 802.11n WiFi, Bluetooth, Ethernet, HDMI output, a USB 2.0 port, and a micro USB port. It runs a custom version of Android designed with a user interface for TV screens and quick access to the Ouya game store.

via TechCrunch and Kotaku