The Ouya is a $99 video game console with an NVIDIA Tegra 3 processor, a wireless game controller, and an Android-based operating system. It’s designed to be one of the cheapest video game consoles that you can connect to your TV to run games on the big screen.

But soon you might not actually need the $99 console to play Ouya games on your TV. 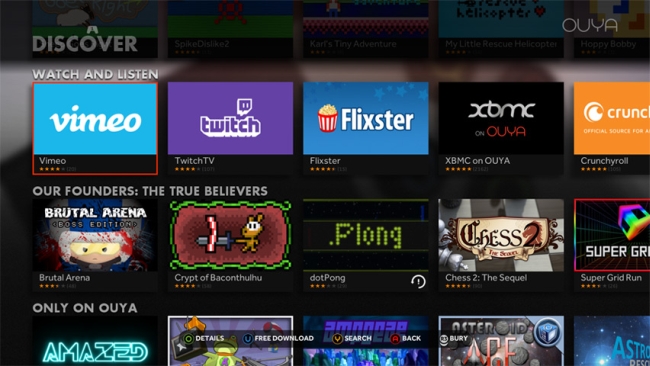 The idea is to bring the Ouya Experience to your TV without relying on the original Ouya box. The company’s software could run on additional boxes or it could even be built into a smart TV set, allowing you to download and play games on a TV without plugging in any box at all.

The Ouya team plans to launch a next-generation game console of its own, but the company has already reportedly signed a deal with at least one other device maker which means that you might be able to get the Ouya experience without buying an Ouya device.

Right now there are no plans to release the Ouya software as something users can install on their own devices like a third-party app or game store. Instead the goal is to work with hardware companies to pre-load the software. But that could change in the future.

Ouya generated a lot of buzz by raising over $8 million in a Kickstarter campaign in 2012. But hardware that seemed state of the art at the time was already starting to look dated by the time the Ouya console shipped in early 2013.

A year later, and with no hardware update in sight, partnering with established device makers seems like a good way to keep up with the rapidly changing Android gaming device market.