The Ouya is a $99 video game console designed to let you play Android games on your TV. At least that’s the plan.

The goal is to offer an inexpensive alternative to the Xbox 360, Wii, or PlayStation 3 that lets users play games on a TV. It will come with a wireless video game controller and feature an app store for games.

One of the goals is  to make it easier for developers to get their games onto a TV screen — the barriers for entry in the console game development market are pretty high, but it costs next to nothing to get started with Android game development.

The Ouya is also designed to be an open, hackable device, allowing users to do new and interesting things with the $99 box such as adding additional peripherals. Rooting the Ouya also doesn’t void the warranty.

The developers of the project (which was first leaked last week), have taken to Kickstarter to raise the money needed to develop and sell the Ouya. 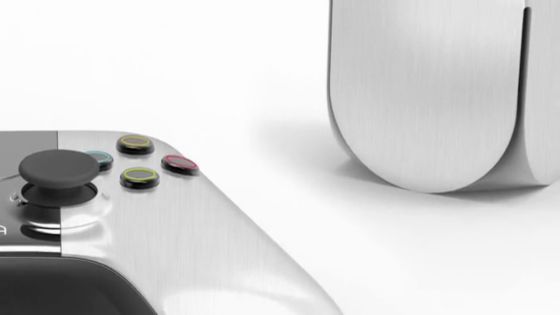 Update: And in less than 7 hours, the campaign has raised more than $950,000. It looks like this project may have struck a chord with a few people.

Under the hood, the Ouya has the specs you’d expect to find in a reasonably good Android phone or tablet. It has an NVIDIA Tegra 3 quad-core processor, 1GB of RAM, 8GB of flash storage, 802.11b/g/n WiFi, Bluetooth 4.0, one USB 2.0 port, and HDMI output with support for 1080p HD television displays.

The controller has 2 analog sticks, a d-pad, a system button, and 8 action buttons. It also has a touchpad for playing touch-based Android games.

Developers can set their own prices for games sold in the store.

If the project is fully funded, the first Ouya devices are expected to ship in March, 2013. You can reserve one by being one of the first ten thousand people to pledge $99 or more.

Backers who spend more money will be able to get additional features including two controllers with their names etched. For $699 you can also get a first-run device which will ship in December, 2012.

Some of the folks behind the project include designer Yves Behar (One Laptop Per Child, Jambox), and Julie Uhrman (Vivendi Universal, IGN, and Gamefly).