A month ago the developers of a small Android-powered video game console took to Kickstarter to raise money to turn their concept into a real product. 30 days later, the fundraising campaign is over, and the Ouya project has raised nearly $8.6 million. 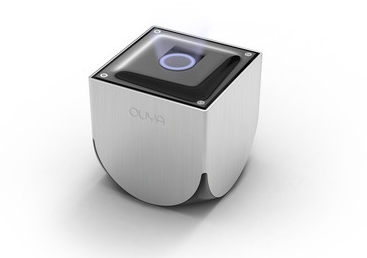 Apparently the idea of a $99 hacker-friendly video game console that can also function as a media center appealed to a few folks. More than 63 thousand people pledged money to the campaign, including tens of thousands of people who pledged enough to get one of the first game consoles.

But if you didn’t get in on the fundraising round, you can still order an Ouya. The company has set up an official website where you can pre-order for $109 and up.

The $109 price includes a game console, wireless game controller, and $10 for shipping. International shipping costs another $10.

You can also pay a little extra to get 2, 3, or 4 game controllers.

While Ouya plans to start shipping game consoles to Kickstarter backers in March, 2013, the estimated delivery date for devices ordered through the official website is April, 2013.

Bear in mind, the Ouya doesn’t actually exist right now. The team has some working prototypes, but the whole reason for the fundraising round was to get money to start manufacturing the product.

But the Kickstarter campaign also raised the profile of the project, helping the Ouya team work with game developers and other Android app makers to help ensure that their software would run on the $99 box.

The Ouya is expected to be about the size of a Rubik’s Cube, and features an NVIDIA Tegra 3 quad-core processor, Android 4.0 or later operating system, 1GB of RAM, and 8GB of storage. It features WiFi, Bluetooth, and a USB port for peripherals.

By the time it actually hits the streets next year, those specs might start to look like old hat. But it’s hard to complain about a $99 device that can play games, handle HD video playback, and which includes a wireless game controller that wouldn’t look out of place with an Xbox or PlayStation.