Ouya’s Kickstarter campaign to raise funds for a $99 video game console running Google Android 4.0 ends today. The group was originally hoping to raise $950,000, but has raised more than 8 times as much over the last 29 days.

The team has also expanded the scope of the project, adding an Ethernet port, support for streaming games over the internet using OnLive, a music video partnership with Vevo, and much more.

Now the Ouya team has announced that the game console will be able to support multiplayer games by letting you use up to 4 wireless game controllers at the same time. 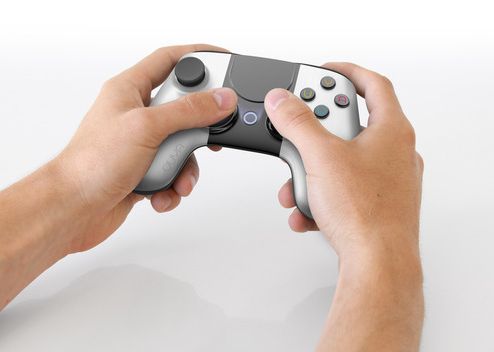 The game controllers will start shipping in March, at about hte same time as the game console itself. But if you want to order extra controllers and have them delivered at the same time as your Ouya console, you’ll need to add some money to your Kickstarter pledge before the campaign ends later today.

Ouya has also announced that it’s working with NAMCO BANDAI to bring games ranging from Pac-Man to Ridge Racer and Tekken to the Ouya platform.

Both apps can basically transform a computer, portable device, or game console like the Ouya into a media center companion for your television. They provide a full-screen user interface for accessing music, movies and photos on your TV while you sit on your couch with a remote control or video game controller.

While the Ouya has just 8GB of storage, which may not be enough space to hold your music or video collection, Plex and XBMC can stream content from a shared network drive. They also support plugins that lets you stream media from online music or video sites such as YouTube, Hulu, or Grooveshark.

While Ouya is working with big name developers like NAMCO BANDAI, part of the goal of the project is to encourage independent developers to write games for the living room and not just smartphones and tablets. It’s much easier to create and distribute games for Android than it is for an Xbox, PlayStation, or Wii.