Like the Yotaphone 2, the Oukitel U6 isn’t officially sold in the US. But this Chinese phone is available for pre-order from stores including Geekbuying and Gearbest which ship Chinese products to the US. It’s expected to ship in September.

Just keep in mind that it probably won’t support 3G or 4G LTE networks… so while the $270 phone might come in handy if you like the idea of a smartphone that you can use as E Ink eBook reader, it might not be the best option if you’re looking for high-speed mobile data. 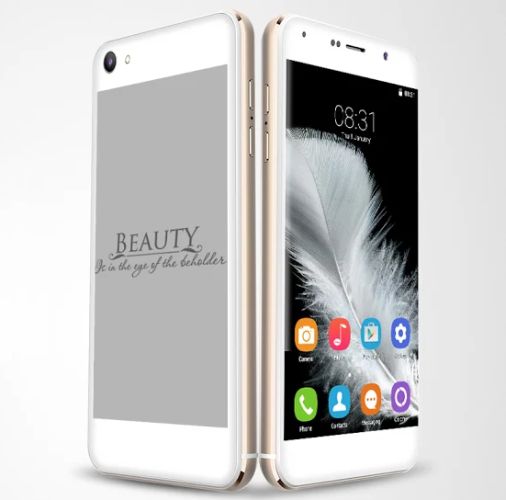 A model with the Helio X20 chip will be available in 2016 as the Oukitel U6 Pro.

The most unusual thing about the phone is its E Ink screen, which is a low-power display that can show up to 16 shades of gray and which features about 235 pixels per inch.

E Ink uses no power to display a static image and doesn’t require a backlight, which is why NOOK and Kindle-style eReaders have battery life measured in weeks or months rather than days. You can use a dual-screen phone like the Oukitel U6 to display custom graphics on one side of the phone while using the color screen on the other. Or you can use the E Ink display to read eBooks, view weather or calendar details, or interact with other content.

While the Yotaphone 2 includes software that basically makes it possible to run any Android app on the E Ink screen, a recent demo video of the Oukitel U6 shows that only certain apps work with the grayscale screen. Right now that includes an eReader app, a music player, and an app that can display notes, appointments, and weather information.

Oukitel says more apps are on the way.