Yota devices might not be the only company selling dual-screen smartphones with a color screen on one side and an E Ink display on the other for much longer. 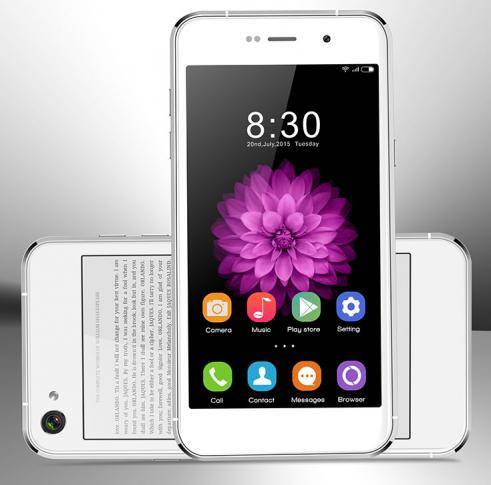 According to Neowin and GizChina, the Oukitel U6 smartphone has a 5 inch color screen on one side and a 4.7 inch E Ink display on the back.

The advantage of this setup is that you can use the color screen with a fast refresh rate when you’re watching movies, playing games, surfing the web, looking at pictures, or performing other tasks that look better in color. But if you want to save power you can switch to the E Ink screen which only draws power when the page is being refreshed.

E Ink displays are also easier to read in direct sunlight, don’t require a backlight, and can display an image even when the phone is powered off. That means you could load up a map, shopping list, or boarding pass on the E Ink screen and not have to worry about it disappearing when your phone’s battery dies.

The Oukitel U6 is expected to feature a MediaTek Helio X20 MTK6797 processor and Android 5.1 software. The phone should be available in China in late summer or early fall.

Oukitel may not be a household name, but the company seems to be thinking outside the box when it comes to phone design. Oukitel recently introduced a line of smartphones with massive batteries, including a model with a 10,000 mAh battery.

Whether there’s huge demand for dual-screen phones with E Ink displays remains to be seen. Yota Devices has raised more than $250,000 for the Yotaphone 2 through a crowdfunding campaign… but since the phones are priced at $500 and up that only means about 500 people have backed the campaign so far.

It’s likely that Oukitel and Umi will charge lower prices for their dual-screen phones. And at least one retailer seems to think it’s possible the upcoming OnePlus 2 smartphone could also have two screens (although the mocked up image shows what looks like a modified OnePlus one smartphone and the specs listed are based on details OnePlus has announced with the blanks filled in educated guesses).

2 replies on “Oukitel U6: Another dual-screen phone with E Ink display”