Chip maker Intel has been working on mobile chips with reduced power consumption for some time… and this year we’ll see the first smartphones powered by Intel’s new Medfield processors with x86 architecture rather than ARM designs. 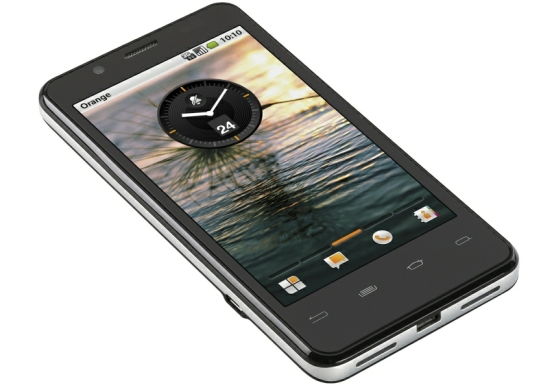 European mobile carrier Orange has announced that it will launch its first Intel-powered phone in the UK and France this summer.

The phone is codenamed the Orange Santa Clara, and it will be manufactured by Gigabyte but sold under the Orange name.

When the phone is released it will run Google Android 2.3 Gingerbread, but the plan is to offer a software update with Android 4.0 Ice Cream Sandwich shortly after launch.

The smartphone has a 4.03″ display, 16GB of storage, and HSPA+ mobile broadband. It’s powered by an Intel Atom Z2460 processor and has an 8MP camera with a burst mode that lets you take 10 pictures per second.

The Santa Clara measures 4.8″ x 2.5″ x 0.4″ and weighs 4.1 ounces. In other words, it will be nearly indistinguishable from a typical ARM-based phone on the outside. What remains to be seen is how the performance and battery life will compare to other Android smartphones.

2 replies on “Orange to launch Intel-powered smartphone this summer”