The Raspberry Pi line of single-board computers kicked off a trend of tiny, low-cost, low-power PC devices a few years ago. But a number of other companies have tried to get in on the action, both by offering products with competitive specs and pricing… and by adopting the “fruit + Pi” naming convention.

Priced at $7, the Orange Pi Zero is actually a little more expensive than the device it’s named after. But it’s also a potentially more versatile solution. 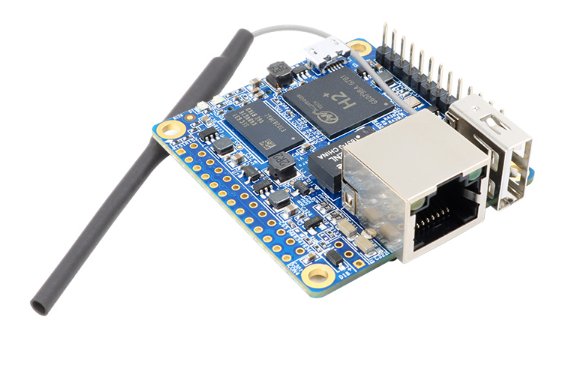 This little board measures 52mm x 46mm (2.05″ x 1.81″) and weighs 26 grams (0.92 ounces). But it’s basically got everything you need for a headless computer (headless because there’s no dedicated display adapter, but you could attach one to the 13-pin header).

The tiny computer features an Allwinner H2 ARM Cortex-A7 quad-core processor with Mali-400MP2 graphics and 256MB of RAM, although there’s also said to be a 512MB option.

It also has an unpopulated Raspberry Pi B+ header as well as a 13-pin header that supports TV output, a microphone, two USB 2.0 connections, or other features with the appropriate adapters.