Sure, with a $35 price tag, the Raspberry Pi 2 is pretty cheap. Want something even cheaper? The makers of last year’s Orange Pi are back, and this time they’re offering a $15 single-board computer called the Orange Pi PC.

It’s a tiny PC with an Alwinner H3 quad-core processor, 1GB of RAM, and support for Android or Linux software.

You can pick one up from AliExpress for just $15 plus shipping. 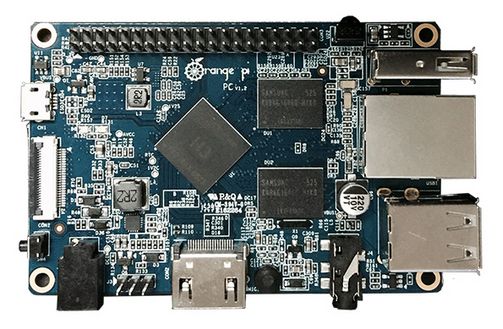 The Allwinner H3 is an ARM Cortex-A7 processor with Mali-400 graphics. While it’s certainly not the fastest processor on the market, it’s a low-cost chip that’s supposed to be able to handle 4K video playback.

The Orange Pi PC has no built-in storage, but it features a microSD card slot for up to 64GB of removable storage. The system measures about 3.3″ x 2.2″ and weighs just 1.3 ounces.

Other features include an HDMI and AV ports, an infrared receiver, 10/100 Ethernet,  three USB 2.0 ports, a micro USB port, an AV port, a built-in microphone, and a 40-pin Raspberry Pi-compatible header, CSI interface for a camera, and power and status LEDs.