The maker of the Orange Pi line of single-board computers (among other things) offers a handful of Android or Linux images that can be installed on most of the company’s products. But for the most part they’re just existing operating systems that have been tweaked to support Orange Pi hardware.

Now Shenzhen Xunlong Software has started to develop its own Orange Pi OS for some of its most recent computers. Actually, there are a few different version of Orange Pi OS. One is based on Android, and it’s already available for installation on the Orange Pi 800 computer-in-a keyboard. Next year the company plans to launch an operating system based on Arch Linux and another based on OpenHarmony.

The first to ship is the Android-based Orange Pi OS (Droid). It’s basically the latest in a long line of attempts to turn Android into a desktop operating system.

As CNX Software points out, the design seems heavily influenced by Windows 11. There’s a taskbar along the bottom of the screen. The app drawer has been turned into something more like the Windows Start Menu. And apps open in windows that can be moved, resized, maximized, and minimized.

There’s also a Control Center in place of Quick Settings, which borrows some imagery from the Windows 11 quick settings panel. And some apps like the File Manager borrow pretty heavily from Windows as well.

Prefer macOS to Windows? According to the Orange Pi wiki, users will eventually be able to switch between Windows-like and Mac-like views, although that option doesn’t seem to be available yet. 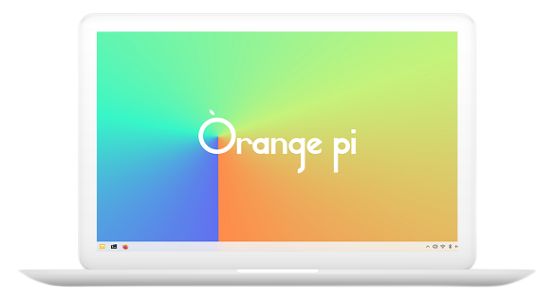 It’s expected to come with some apps pre-installed including LibreOffice and Kodi. But it’s also customizable, with support for GNOME, KDE, or Xfce desktop environments, among other things.

You can find more details about this build at the Orange Pi website, but there’s nothing available for download yet.

OpenHarmony is an open source version of Huawei’s HarmonyOS, which is the smartphone and smart TV operating system that the company started using after it was blocked from accessing the Google Play Store on its Android devices.

While I don’t expect this software to be all that popular outside of China, it could come in handy in regions where Huawei products are sold, as it would allow users to build their own hardware that’s compatible with Huawei’s ecosystem.