A few months ago we told you about a $7 mini PC called the Orange Pi Zero which features a quad-core processor, 256MB of RAM, an Ethernet jack and a USB port.

But one thing the Orange Pi Zero lacks: a video-out port. So it’s really designed to be a cheap, low-power device for headless applications. But now there’s a way to make the little device into more of a fully functional PC… or at least a more capable file server. 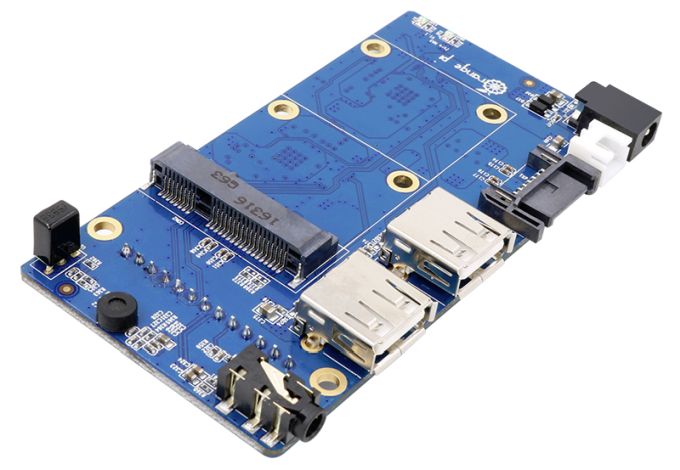 Just plug the little computer into the expansion board and you get support for SATA and mSATA storage devices, two additional USB 2.0 ports, a 3.5mm audio jack and composite video output.

As the name suggests, one obvious use for the board would be building your own NAS (Network Attached Storage) device. Connect a hard drive or SSD, plug in an Ethernet cable, and use a Linux-based operating system to set up a home media server, data backup system, or general purpose file server.

The video output could make it easier to set up the system, but you could also theoretically use this tiny little low-power computer as an inexpensive media player.

The Orange Pi Zero is available from AliExpress for $7, and the NAS Expansion Board will set you back another $7.