The makers of the Orange Pi line of single-board computers have announced a new model with a Rockchip RK3399 hexa-core processor, Gigabit Ethernet, HDMI, and USB ports, support for up to 4GB of RAM and optional support for a 16GB eMMC module as well as a microSD card reader and USB ports for storage.

It’s called the Orange Pi 4 LTS, and it’s expected to go on sale in mid-February with prices ranging from $55 to $70. 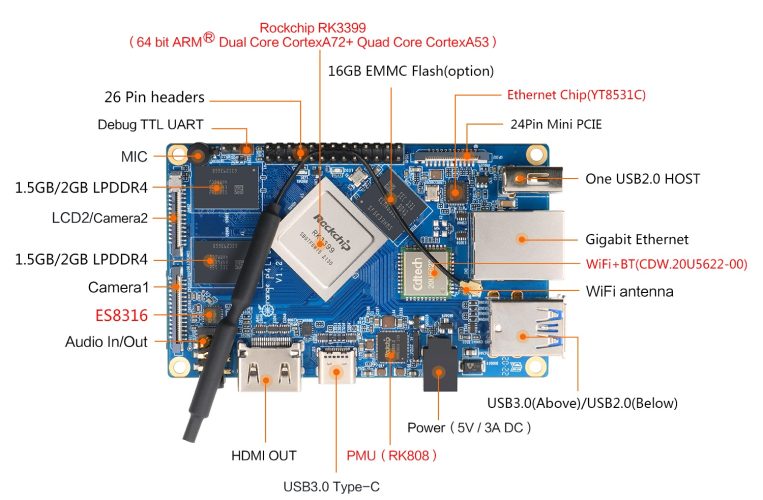 While the RK3399 processor is a bit on the older side at this point, it’s a reasonably well-supported processor that was widely used in Chromebooks a few years ago, and which powers a number of Linux-friendly devices including Pine64’s PineBook Pro laptop and the new PinePhone Pro smartphone. It’s also a chip that Orange Pi has used in the older Orange Pi 4 which has similar specs, but a slightly different design and set of features. 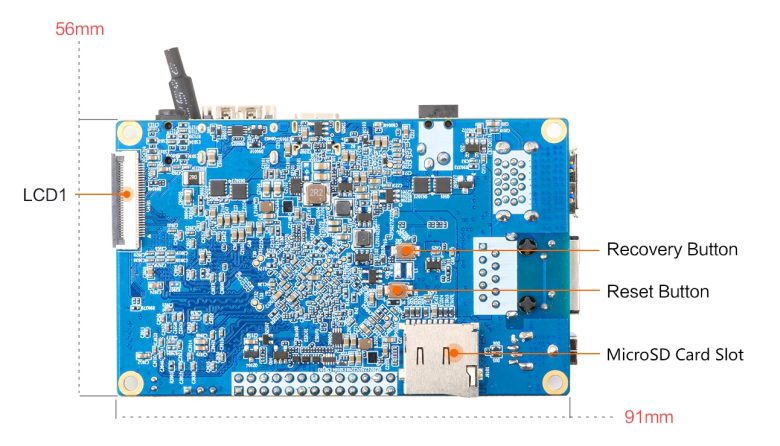 According to a graphic released by Orange Pi, there’s room on the board for two LPDDR4 memory modules available in 1.5 GB or 2GB versions, suggesting the board may be available in 3GB and 4GB variants.

The Orange Pi 4 LTS should be available from Amazon and from the Shenzhen Xunlong Software store on AliExpress in mid-February.