Shenzhen Xunlong Software has been selling single-board computers under the Orange Pi brand for years. The name is obviously inspired by the most famous low-cost, low-power SBC, the Raspberry Pi. But while Orange Pi devices don’t have the same level of community support as their Raspberry Pi rivals, they often make up for it by offering a decent set of features at an affordable price.

Case in point: the company’s new Orange Pi 3 models sell for between $30 and $40 and offer offer a number of features (some optional, some standard) that you don’t get with the latest Raspberry Pi models. 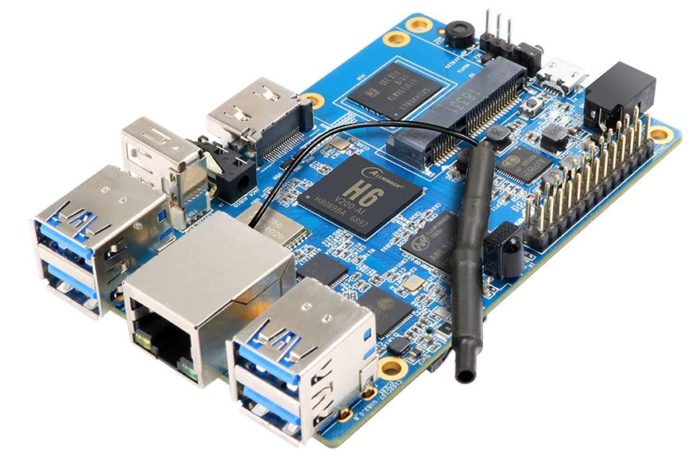 The Orange Pi 3 is powered by an Allwinner H6 V200 processor, which is a 1.8 GHz ARM Cortex-A53 quad-core processor with Mali-T720 MP2 graphics.

There’s also an HDMI 2.0a port and a PCIe connector, although there are reports that it doesn’t work properly — so you probably aren’t going to want to buy this SBC specifically for its PCIe support.

In between are two $35 options:

The Orange Pi 3 H6 should support GNU/Linux operating systems including Ubuntu and Debian as well as Android 7.0. But it doesn’t look like official builds of any of those operating systems are available on the download page just yet.

All told, it looks like an upgrade to the Orange Pi One Plus that was released in 2017. That model had the same processor, but lacked support for USB 3.0 and had no built-in support for WiFi or Bluetooth.