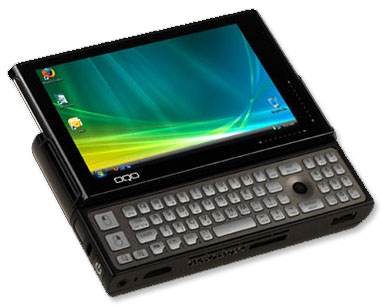 Back before the first netbooks were produced, OQO was cramming a full PC into a tiny case that was barely large enough to hold a PDA or cellphone. The latest OQO had a 5 inch OLED display, an Inel Atom CPU, 2GB of RAM, a 3G modem, and could run Windows XP or Vista. Unfortunately, OQO’s computers were never as cheap as modern netbooks, and never sold as well. This week, an OQO official told OQO Talk that “due to financial constraints,” the company has been forced to close up shop.

GottaBeMobile reports that the company is in talks with another PC vendor. It’s possible that a deal could be reached to keep OQO’s engineering team and technology going, possibly under a different brand name.

The news doesn’t come as a total shock. There were signs that OQO was in trouble a year ago. According to GottaBeMobile, OQO’s computers are pretty much sold out, which means you won’t likely see any new units in stores unless some sort of deal is reached to either revive or acquire the company.