Tablets are a thing largely because some folks want to run smartphone apps on bigger screens, but don’t want to carry around 7 inch or larger phones. One day flexible screens and modular devices may offer a solution: imaging a 4 inch phone that becomes a 7 inch tablet when unfolded or attached to a secondary display.

While Chinese smartphone Oppo isn’t quite ready to launch that kind of phone, the company has revealed a concept device with a 7 inch display that folds in half. 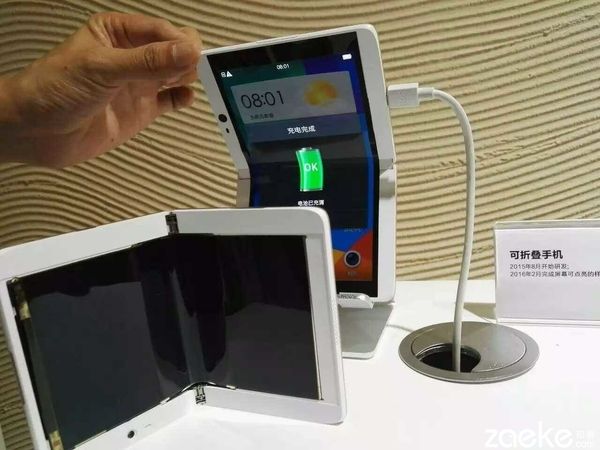 There aren’t many details about Oppo’s folding display, but it seems to be a phone/tablet-like device that can be folded in half thanks to a hinge in the center and a flexible display.

You can watch a short video of the folding action at qq.

Oppo may not be the only company working on a foldable gadget. Last year we heard rumors that LG and Samsung were both working on phones with flexible touchscreen displays. And plenty of companies are working on flexible displays that can be folded, rolled, or bent.