Smartphones with foldable OLED displays are still pretty new, and so far all of the companies that have unveiled one have taken different approaches to how their phones should look (and even how they fold).

But I guess that was too good to last. Oppo VP Brian Shen has posted some images to Chinese social media site Weibo, showing a foldable smartphone prototype the company has developed.

It looks almost exactly like the Huawei Mate X. 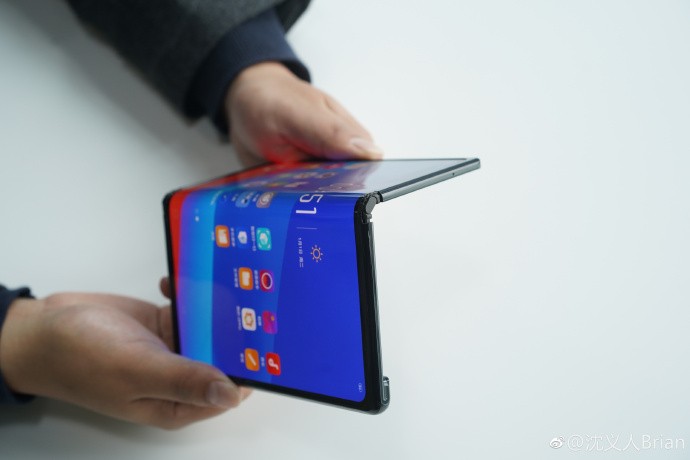 That’s not necessarily a bad thing — the Mate X is one of the most intriguing foldable phones to date, with a design that seems pretty functional. It’s also the most expensive to date, with an expected price tag of around $2600.

Like the Mate X, the Oppo prototype has a tablet-sized display that wraps device the phone when it’s folding in half, allowing you to hold the gadget as a smartphone by interacting with the part of the screen still visible on the front or back. 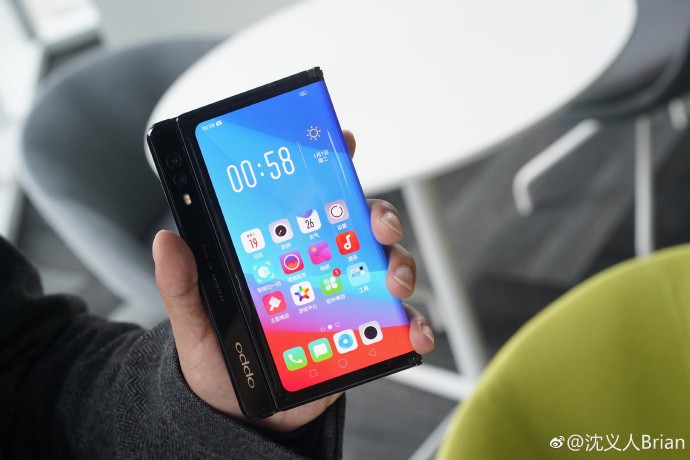 The back portion lines up with a bar on the rear of the device that houses dual cameras and an LED flash, allowing you to snap normal photos or selfies using the same cameras (and you can use the screen as a viewfinder to make sure your hair looks nice). Huawei’s phone has four cameras instead of two, so i guess that’s one thing setting the two devices apart.

Shen says the company doesn’t currently plan to mass produce a foldable phone, but that could change in the future if there’s enough interest.