Some Chinese phone makers maker offering smartphones with pop-up cameras for nearly a year. By hiding the front-facing camera in a panel that only rises up when you need it, phone makers can use this design to offer devices with slim bezels and no noticeable camera notches in the display.

Some models have single or dual-cameras housed in a small rectangle that pops up when you want to shoot a selfie or make a video call. Others have screens that slide down to reveal a whole slew of cameras and sensors.

And then there’s the Oppo Reno, an upcoming phone that may have been revealed in a few leaked images and videos. 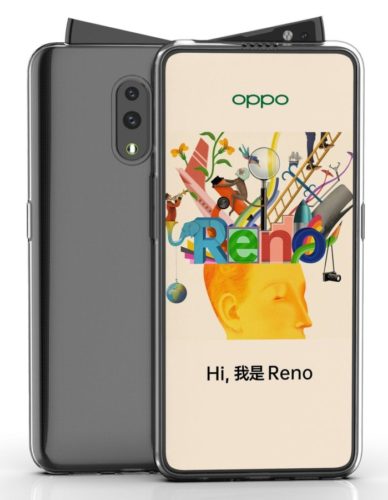 Instead of a rectangular camera section that looks like it’s just asking to be broken off if you drop the phone or bump it in just the wrong way, the Oppo Reno has a hidden front-facing camera housed in a strip that slides up to reveal more of a triangle-shaped design.

I have no idea if it’s sturdier, but it certainly looks like it should be.

The design also means there’s room for an LED flash bulb next to the front-facing camera.

A video posted by Slashleaks shows the pop-up mechanism in action, while a set of pictures allegedly from a case maker give us a better look at the design from multiple angles.

Oppo hasn’t officially announced the phone yet, so we’ll probably have to wait a little longer for pricing and availability details.