For a few years phone makers had been doing their best to hide their camera bumps and offer phones with a back surface that was as smooth as their front. The Oppo Find X3 Pro doesn’t do that.

The phone has a gigantic camera bump on its back covered in a single sheet of glass. But it also has a rather impressive set of cameras that might help justify the unusual design.

There are four rear cameras, including a 50MP primary camera a 50MP ultra-wide camera that uses the same Sony IMX766 image sensor, a 13MP telephoto camera with a 3X zoom lens and a 3MP “microlens” camera that lets you take macro shots at 30x magnification, effectively turning your phone into a microscope. 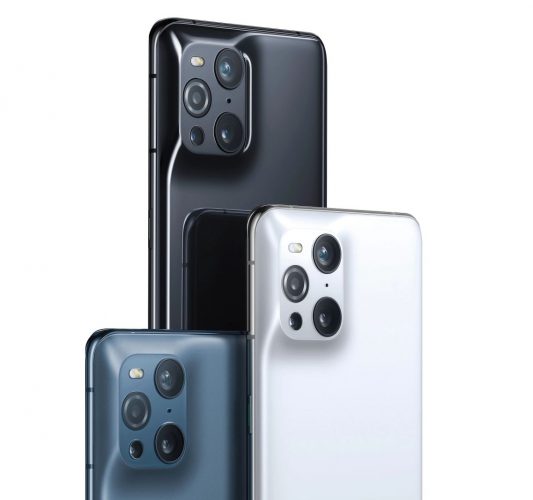 Early reviews suggest the camera system largely lives up to its promise. Ben Sin from xda-developers says it has the “best ultra wide camera” he’s ever used on a smartphone. And Engadget has some impressive close-up shots snapped with the microlens camera.

You can also record 1080p video with the microscopic camera, but with a focal length of 1mm to 3mm, you’ll need to get the camera really close to the object you’re shooting, so there’s a ring light to keep the shadow of the phone from darkening the subject.

Is it a gimmick to put a microscope on a camera? Probably. It’s not something most people are going to use on a daily basis. But at least it’s a impressive gimmick that seems to work – and who knows? Maybe it’ll give people an excuse to explore the microscopic world around them.

One other stand-out feature for this phone is the display. It has a 6.7 inch, 3216 x 1440 pixel AMOLED display with a 12- Hz refresh rate, 240 Hz touch sampling rate, support for up to 1,300 nits of brightness, and support for 10-bit color, which means it can display over a billion colors (a significant step up from the 16.7 million colors you get from most phone displays, although I’m not sure that most people will notice unless you put the phone side-by-side with one sporting an 8-bit display).

The phone’s cameras can also shoot in 10-bit color, giving you the chance to create some high-color content that can be viewed on that display.

Other specs for the phone are largely much what you’d expect from a 2021 flagship, including a Qualcomm Snapdragon 888 processor, 12GB of LPDDR5 RAM, 256GB of UFS 3.1 storage, a 4,500 mAh battery, and support for 65W wired fast charging or 30W wireless fast charging. It also supports reverse wireless charging.

Set to hit the UK on April 14th for £1,099, the phone isn’t exactly cheap. But at least, unlike many recent flagships, the Oppo Find X3 Pro has a few features that allow it to stand out in the crowded smartphone market.