The developers of the Opera web browser have been tacking new features into their browser apps in recent months, including a built-in ad blocker and built-in VPN service.

But now you can take advantage of one of those new tools without actually using the Opera browser. The company has launched an Opera VPN app for Android. An iOS version was released earlier this year. 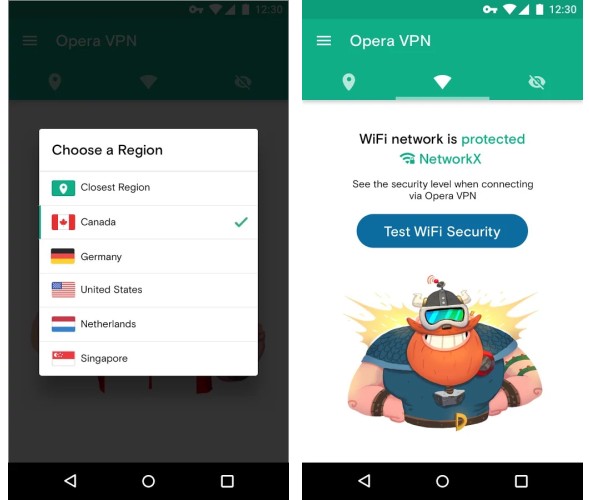 Opera’s free VPN app lets you connect to a virtual private network, allowing you to surf the web somewhat anonymously by hiding your location and preventing ad networks, analytics trackers, and other web tools from collecting accurate information about you and your browsing habits.

For example, you can trick websites into thinking that you’re in the USA, Canada, Germany, or another region.

Keep in mind that there are other VPN services that charge a monthly fee for this type of feature… so while it’s nice to have a free option, you should also be aware that sometimes you get what you pay for.

In this case, the app’s privacy policy does acknowledge that some data will be collected, including usage data, IP locations, browser data and SurfEasy (the company Opera acquired before launching the VPN) says some of that data may be used to target ads in the future.