OpenWrt is an open source, Linux-based operating system designed to run on hundreds of routers and other embedded devices. It can add new features to your networking gear and give you more control over the software running on the hardware in your home.

This week the developers released OpenWrt 18.06, which is a big step for a couple of reasons.

First, it’s the biggest update in years, and it adds a bunch of new and updated features. Second, it’s the first release since the OpenWrt and LEDE open source firmware projects merged earlier this year. Existing users can upgrade to Openwrt 18.06 from Openwrt 15.05 or LEDE 17.01. 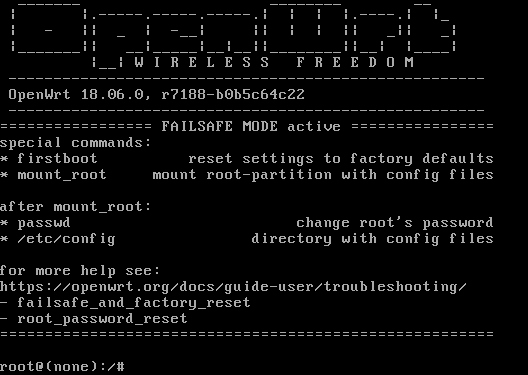 LEDE was actually created in 2016 as a fork of OpenWrt by a group of developers who disagreed with some of the decisions being made by the core OpenWrt team. A year later the two teams basically made up and by January, 2018 the teams merged again. Try to visit the LEDE website (lede-project.org) today and you’ll be redirected to the OpenWrt website.

So what’s actually new in the latest version? A lot. You can find detailed information in the release notes, but among other things OpenWrt 18.06.0 brings:

The team has also dropped support for some platforms and drivers and there are some known issues. For example, some devices including the Netgear R6100 WiFi router may not support 5 GHz 802.11ac WiFi at the moment — but the team hopes to have the issue resolved by the time OpenWrt 18.06.1 is released.

Anyway, make sure to check out the release notes before upgrading or installing. But it’s nice to see this open source project continuing to build and support alternatives to the firmware that ships with commercial networking gear.

You can also examine the source code if that’s your cup of tea. Or check out the OpenWrt documentation to find out how to get started with this Linux-based operating system before heading over to the download page.

Not sure which disk image to download for your device? The mwarning.de firmware selector takes a lot of pain out of the process.

One reply on “OpenWrt 18.06 released (Linux OS for your router, first major update in years)”