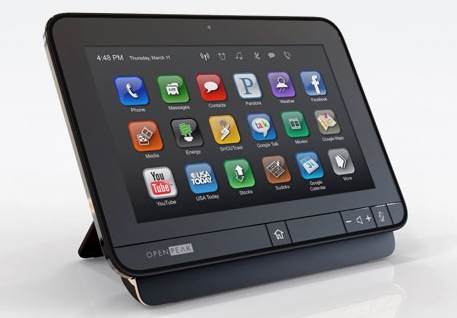 Remember that OpenPeak tablet we peeked at a few weeks ago? Looks like it’s coming to AT&T’s mobile broadband network. The companies announced today that OpenPeak’s OpenTablet will be available in late 2010 with a 3G modem designed to work with AT&T’s network.

The tablet features a 7 inch touchscreen display and a custom user interface that’s built on Flash. The press release says you’ll be able to download third party applications through an OpenPeak App Shop.

There’s no word on pricing, and it’s not clear whether you’ll be able to pick up a subsidized tablet from AT&T or if you’ll have to pay full price and then sign up for a data plan… but the press release makes it sort of sound like the latter scenario is more likely.