Intel, Samsung, the Linux Foundation and a number of other companies are working together to develop a Linux-based operating system for phones and tablets called Tizen. It relies on web technologies such as HTML5, which makes developing apps for the platform a lot like developing for the web.

But like any new platform, there probably won’t be many third party apps available at launch. But theoretically device makers could dramatically improve the number of apps available for Tizen phones and tablets by enabling support for Android apps. 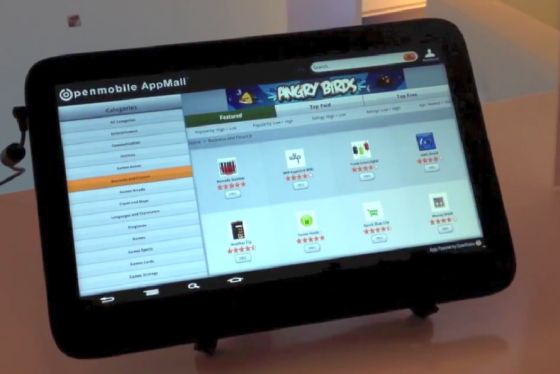 The Handheld Blog got a look at the OpenMobile Application Compatibility Layer running on a Tizen tablet prototype.

Supported Android apps and games run smoothly on Tizen and behave just as if they were native apps. You can’t download apps from the Google Play Store, but OpenMobile has something called the App Mall which lets you find compatible apps that are available from third party app stores.

I’m not surprised to see OpenMobile bring this technology to Tizen. The company was showing off a similar app compatibility layer for MeeGo last year, before that operating system was basically killed of and merged with Tizen.