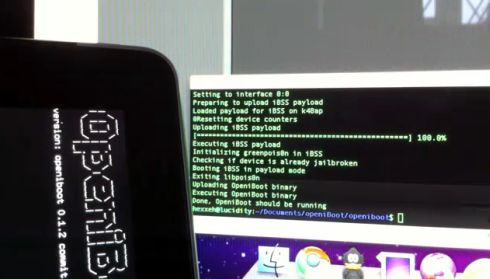 It’s no secret that Apple prefers iPhone, iPod touch, and iPad users to run… I don’t know, I guess Apple’s operating system on their devices. But there have been a number of developments recently making it possible (or almost possible, in some cases), for users to replace iOS with another operating system, or even to dual boot iOS and Android.

A few days ago a new version of Bootlace was released, making it possible to dual-boot Google Android and iOS on older iPhone and iPod touch models, using OpeniBoot.

Now Hexxeh is back… showing OpeniBoot running on the iPad.

Right now the project is still a work in progress. But eventually this could lead to the ability to multi-boot Android, Chrome OS, and iOS on the iPad. Because sometimes you want to play the free Android version of Angry Birds with ads, and sometimes you want the ad-free iOS experience.

You can check out video evidence of OpeniBook on the iPad after the break.

5 replies on “OpeniBoot on the iPad: Hack for dual-booting Android on the way?”