There’s good news and bad news on the HP Open webOS front today. HP is moving to create a new open source version of the operating system that currently powers its discontinued smartphones and tablets such as the HP TouchPad tablet and Pre and Veer smartphones.

Today the company released the Luna System Manager and core apps including email, contacts, calendar, and memos for open webOS.

Unfortunately you won’t be able to use any of those new apps on existing hardware including the HP TouchPad. 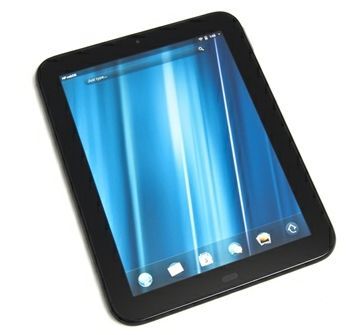 That’s because the TouchPad and other existing devices include hardware that requires proprietary components to run. Open source drivers for the graphics or networking, for example, may not be available.

HP’s existing devices also don’t support the latest Linux kernels, while Open webOS will be targeted at platforms that support the Linux 3.3 kernel or later.

The long and short of it is that if you have an HP TouchPad and you’ve been waiting for HP to release a software update that will let you move from webOS 3.0.5 to Open webOS, you’ll be waiting a long time.

That’s not to say that independent developers might not be able to hack together a port of the upcoming operating system that can run on the TouchPad, but I wouldn’t hold my breath waiting for all the features to work properly. You’re better off running Android on the TouchPad (unless you really need a working camera).

HP could theoretically release new hardware to showcase Open webOS. But I wouldn’t hold my breath waiting for that either — HP discontinued the TouchPad, Pre, and Veer last summer after the TouchPad had only been on sale for two months. Sluggish sales were largely to blame. I don’t imagine the landscape has changed enough for HP to gamble on releasing new webOS devices after laying off many of the people that worked on the earlier devices.

Instead, it seems more likely that HP will try to convince other companies to design products that can run the open source operating system — much as dozens of phone and tablet makers currently install Google’s open source Android software on their devices.

As the folks at webOS Nation point out, it’s also possible that independent developers and hackers will be able to get Open webOS up and running on existing tablets with ARM-based processors including the Samsung Galaxy Nexus and Nokia N9 smartphones.