Microsoft open sourced Windows Calculator earlier this year, which may not be as exciting as it would have been if the company had made Office or Windows open source projects. But it does mean that anyone can inspect the code and suggest new features — and some have already been accepted by Microsoft.

It also means that developers can do other interesting things with the Windows Calculator… like port it to run on other platforms.

And that’s just what the folks at Uno have done. They’ve created versions of the Windows Calculator app that you can run on Android, iOS, or the web. 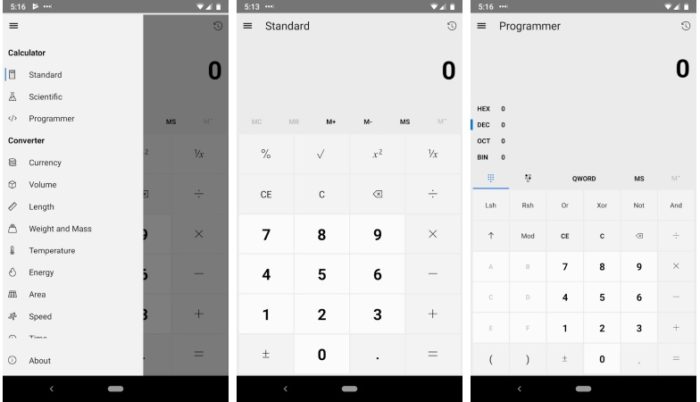 Basically Uno is a platform for creating cross-platform apps using a single code-base, so the folks at the company ported the Windows Calculator to C# and the Uno platform and posted the source to github.

It’s a neat demonstration project — but also a potentially useful one. The Windows Calculator has a bunch of built-in features that aren’t present in the stock Android calculator, for example.

It supports Standard, Scientific, and Programmer modes. You can use it to convert temperatures between Fahrenheit and Celsius (or Kelvin). There are speed, time, pressure, data, and energy conversion tools. And you can even use it for currency conversion — although it takes a moment for that view to open, presumably because it has to grab the latest currency rates from the internet.

You can read more about how the Uno team ported Windows Calculator to their platform in the company’s blog post. Or you can just try the app for yourself on the operating system of your choice.

3 replies on “Open source Windows Calculator ported to Android, iOS, and the web”