Twelve years ago developer Bill Kendrick created an open source, cross-platform video game called SuperTux. It’s been under development ever since, but the last time the a build was marked as “stable” was in 2005.

That changed this week with, with the SuperTux Development Team announced the stable release of SuperTux 0.4. 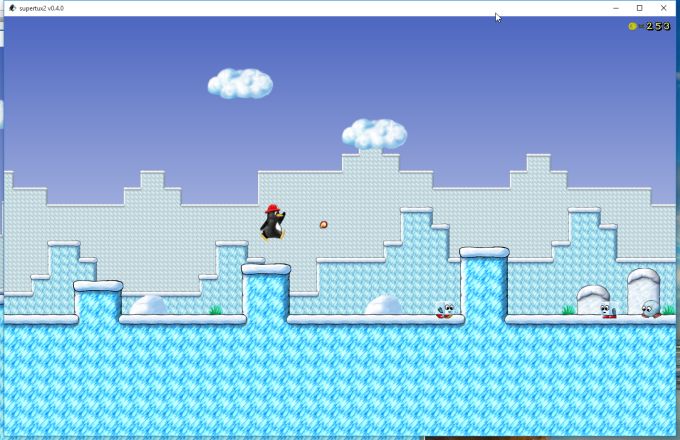 If you’re comparing SuperTux 0.4 to the version released a decade ago, you’ll find a new game engine, support for downloading add-ons and translations, new graphics, and some updates to the actual game play.

On the other hand, if you’ve tried a more recent beta, you won’t find as many changes… but there are improvements to the add-on manager, graphics, and some game levels, among other things.

SuperTux is available as a free download for Windows, Mac, and Linux. You can grab the latest installers and the source code for the game at github.

While it’s hardly the most sophisticated video game on the planet, it captures the feel of classic Super Mario games pretty well in terms of graphics, game play, and story. It’s been a few years since I’ve tried the game, so I downloaded the latest build to try before writing this article… and then found myself playing for nearly half an hour when I should have been writing.